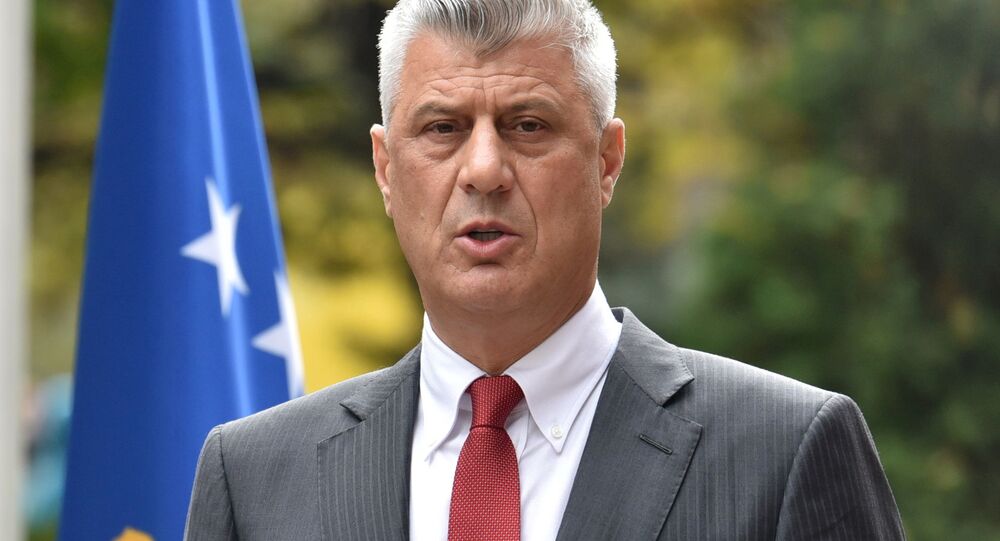 MOSCOW (Sputnik) - Prosecutors in The Hague have confirmed the war crimes indictment against the ex-president of the self-proclaimed republic of Kosovo, Hashim Thaci, according to a press release published on Friday.

"A Pre-Trial Judge of the Kosovo Specialist Chambers has confirmed the indictment against Hashim Thaçi, Kadri Veseli, Rexhep Selimi and Jakup Krasniqi on 26 October 2020. Pursuant to Rule 88(2) of the Rules of Procedure and Evidence before the Kosovo Specialist Chambers the indictment, as confirmed, was not made public at that time," the press release read.

The Specialist Prosecutor's Office filed the 10-count indictment against Thaci and several other suspects this past April.

Thaci played a prominent role in the Kosovo Liberation Army (KLA), which despite being designated a terrorist group by the United Nations in March 1998 was secretly trained and armed by US and UK intelligence services and special forces to assassinate Serbian politicians and policemen in Kosovo, then a Serb province, and harass and intimidate Kosovo Albanians insufficiently enthusiastic about Kosovan independence.