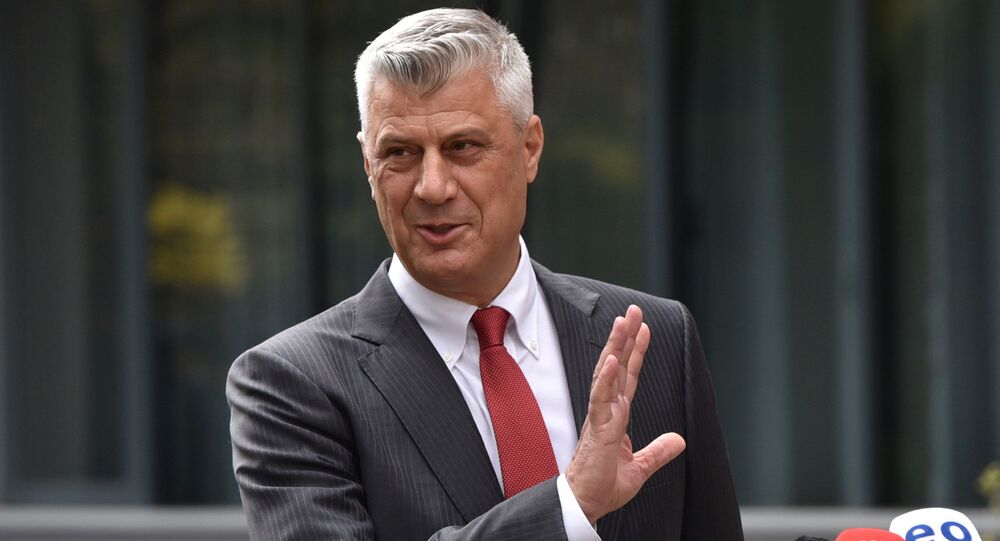 MOSCOW (Sputnik) - The president of Kosovo, Hashim Thaci, has said on Thursday that he will resign from office after the Kosovo Specialist Chambers accepted a war crimes indictment filed against him.

“As I promised I will not allow in any circumstances for the president of Kosovo to be before the court, so in order to protect the integrity of the state of Kosovo, people of Kosovo […], today I resign from this position,” Thaci said during a press conference, as quoted by the Albanian news portal Exit.

The Specialist Prosecutor's Office filed the 10-count indictment against Thaci and several other suspects this past April.