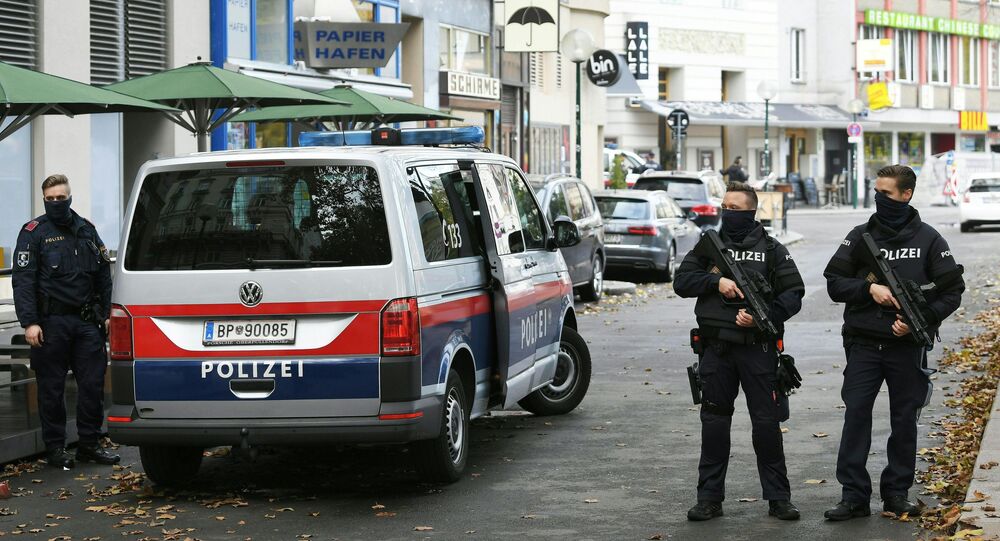 The shooting on Monday evening has claimed four lives, one of the suspected attackers was killed, authorities confirmed. Earlier in the day, it was reported that two people had been arrested in the city of St Poelten in connection with the Vienna attacks.

It's been confirmed that the attack in Vienna had an Islamist motive, Austrian Chancellor Sebastian Kurz said, adding that his country will find the people behind the attack.

"It is not about a dispute between Christians and Muslims or between Austrians and migrants. It is about a struggle between civilisation and barbarism," Kurz added.

He also announced a nationwide minute of silence for the victims of the attack at 12 noon. Austria will be in state mourning for three days, the Chancellery said.

According to Austrian Interior Minister Karl Nehammer, four people died and fourteen more were injured as a result of a terrorist attack in Vienna on Monday night.

"We continue to assume that there was at least one criminal. Search activities are ongoing so that we can rule out that there are other criminals," the minister told the OE24.TV broadcaster.

© REUTERS / LISI NIESNER
Police officers aim their weapons on the corner of a street after exchanges of gunfire in Vienna, Austria November 2, 2020

The dead assailant had roots in the Balkan nation of North Macedonia, and he had a previous conviction under a law that punishes membership in terrorist organisations, Nehammer said, as quoted by AP. The minister added that the attacker's name is Kujtim Fejzulai, and he was sentenced to 22 months in prison in April 2019 because he had tried to travel to Syria to join Daesh*. In December, he was granted early release under juvenile law.

Earlier, local authorities said that several perpetrators had been involved in the attack, all of them heavily armed and apparently well-trained.

*Daesh (IS/ISIS/ISIL) - a terrorist organisation banned in Russia and other countries.