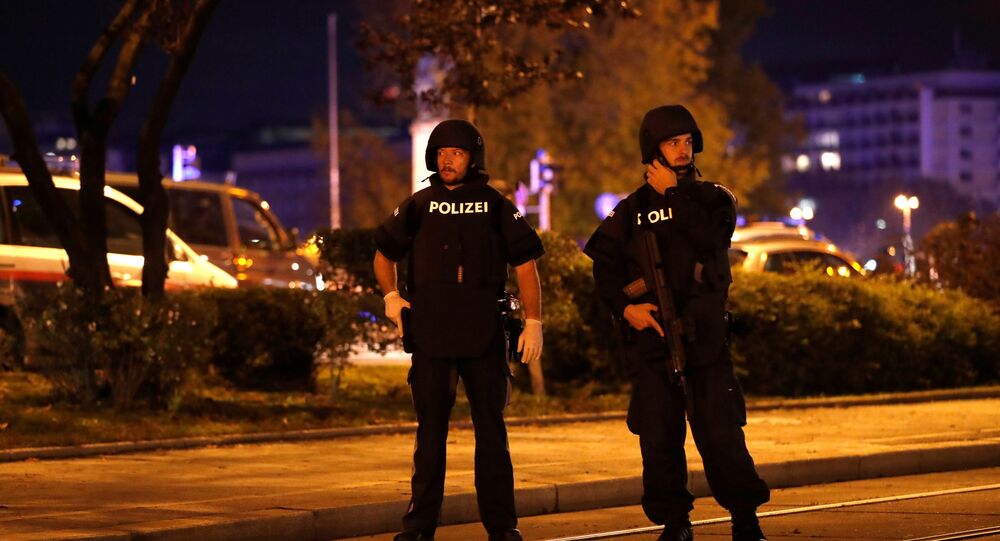 BERLIN (Sputnik) - The deadly shooting at a synagogue in central Vienna is believed to be a terrorist attack, Austrian Interior Minister Karl Nehammer said.

"I can currently confirm that we are preceding from it [the shooting] being an obvious terrorist attack," Nehammer said on ORF 1 TV late on Monday, adding that the attack continues and that a major police operation is underway.

Karl Nehammer noted that several people carried out the Monday shooting at a synagogue in central Vienna, adding that there were multiple injuries and probably deaths.

"We believe there were several attackers, unfortunately, there are also several injured, probably deaths also. The criminals used long-barreled weapons, so they pose a great threat," Nehammer said on ORF 1 TV late on Monday.

Earlier, Austrian media reported that at least seven people were killed in a shooting at a synagogue in central Vienna, several others were injured.

According to the OE24 broadcaster, about 50 shots were fired in the street near the synagogue. The shooting was reportedly carried out from a machine gun.

Nehammer urged Vienna residents to remain home or hide somewhere indoors and to avoid open spaces in the city.