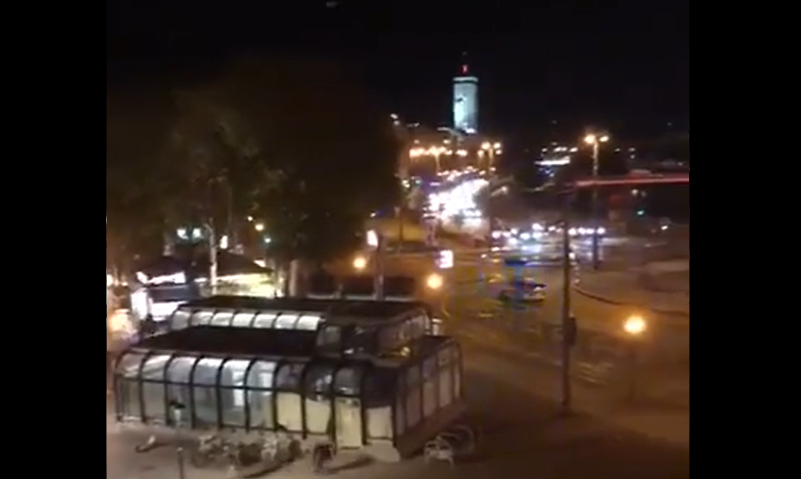 According to reports by Kronen Zeitung, an estimated 50 shots were fired in Schwedenplatz, near a synagogue. At least one police officer has reportedly been severely injured.

Seven people were reportedly killed in shooting in Vienna city centre, according to the OE24 broadcaster, as reports say that the attacker blew themselves up, while other criminals are suspected to be at large.

According to the broadcaster, about 50 shots were fired in the street near the synagogue, as a restaurant and the Jewish Centre were also attacked. Media reports said the shooting was carried out with the use of a machine gun.

Citing the Austrian Interior Ministry, the Austria Press Agency (APA) said that at least one shooter has been arrested and the possibility that the shooting is a terror act is not ruled out.

Earlier, Vienna police launched a "major operation" in the Austrian capital after shots were fired in the city centre, confirming that several people had been injured.

Police urged citizens to keep away from the area.

"There is a larger police operation going on in the 1st district of Vienna (Inner City area). Officers are on site and check the Situation. We keep you posted on the matter", Vienna police department tweeted.

Shots fired in the Inner City district - there are persons injured - KEEP AWAY from all public places or public Transport - don't share any Videos or Fotos!

Initially, Kronen Zeitung reported that shots were fired near the synagogue at Schwedenplatz in Vienna, leaving a policeman severely injured.

According to Kronen, the entire area at the incident has been cordoned off.

Several videos were shared online, showing the alleged moment of the attack and the heavy police presence in the area shortly after the shooting.

Area around Schwedenplatz (across the canal). Area cleared and heavy police presence pic.twitter.com/XdIxSk1p0P

People making their way across the bridge away from the area where the shooting took place. pic.twitter.com/gGWt1uzogW

At Least 19 People Killed, 22 Injured in Shooting Near University in Kabul - Photos, Videos