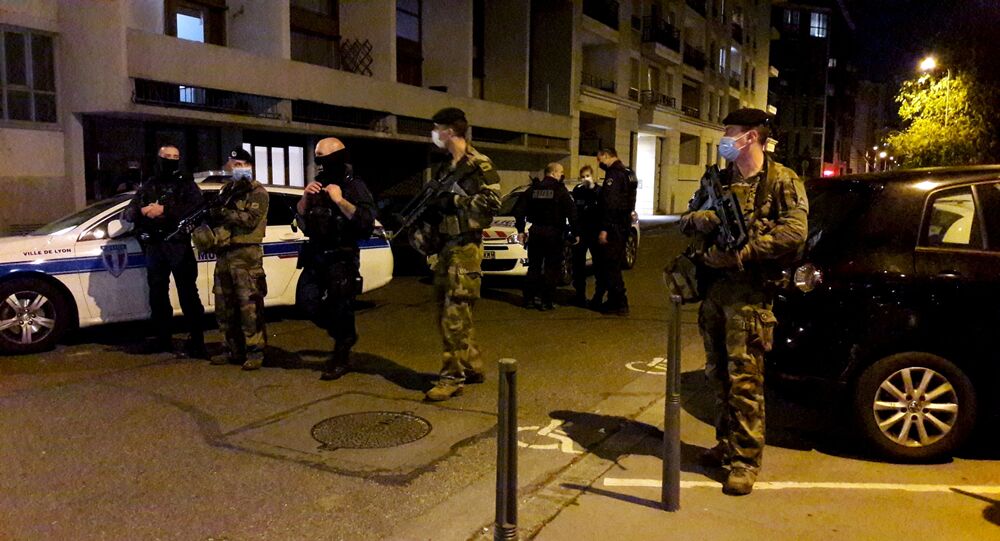 Lyon’s public prosecutor said Saturday that a suspect had been detained after a shooting attack on an Orthodox priest outside a Greek church in the 7th district of the city. The clergyman, 52-year-old Nikolaos Kakavelaki, was taken to hospital in serious condition.

A suspect detained as part of the investigation into an attack on an Orthodox priest in Lyon has been released, AFP reported, citing a source in the prosecutor's office.

The prosecutors said there was no evidence implicating the man in the attack. His health condition does not allow the police to hold him in custody, they added.

On Saturday, an attacker armed with a hunting rifle with a sawed-off barrel wounded a Greek Orthodox priest in Lyon and fled the scene of the shooting.

The priest, identified as 52-year-old Nikolaos Kakavelaki, was shot in the 7th district of Lyon near a Greek church on Saturday afternoon. He was taken to hospital in serious condition.

Lyon’s public prosecutor, Nicolas Jacquet, announced late on Saturday that a suspect had been arrested as part of the investigation into the attack.

String of Assaults in France

The shooting in Lyon comes as France has been rocked by two terrorist attacks over the past few weeks.

On 29 October, a 21-year-old Tunisian man killed three people in a knife attack in the Notre-Dame de Nice basilica.

The incident followed the brutal murder of French history teacher Samuel Paty, who was decapitated at the hands of a radicalised teenager of Chechen origin in mid-October after the teacher had shown his students caricatures of the Islamic Prophet Muhammad to teach them about freedom of speech.

The attack prompted the French president to ramp up security efforts to fight against radical Islam and religiously-motivated violence that goes against the secular republic's national values.