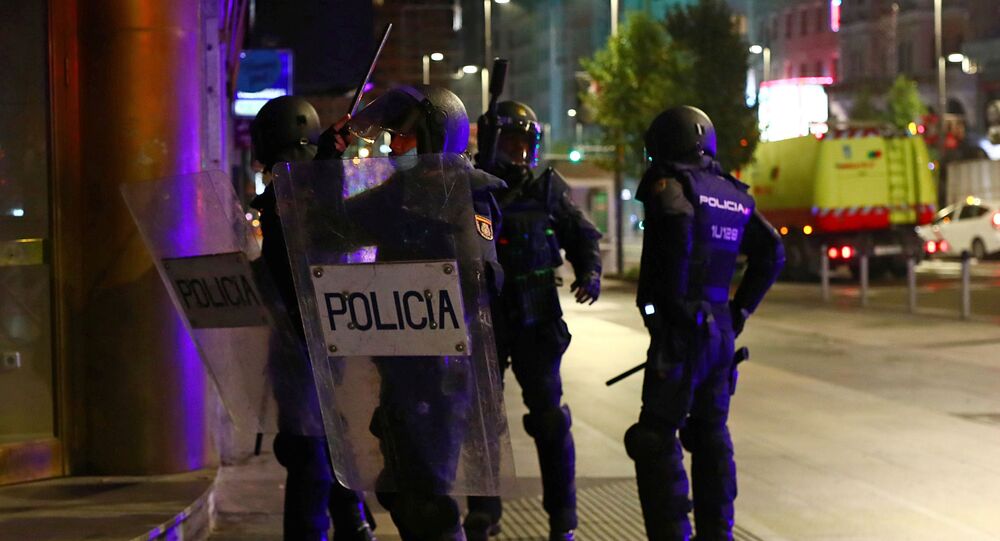 MADRID (Sputnik) - About 50 people were detained in various cities in Spain during overnight riots against strict quarantine measures imposed over the COVID-19 pandemic, the country's authorities said.

Clashes with the police took place in Madrid, Logrono, Bilbao, Santander, Malaga and other cities.

In Madrid, protesters were trying to block one of the central streets, setting waste containers on fire and building barricades. According to municipal authorities, 30 people were detained in the capital and three police officers were injured.

​Another six people were detained in Logrono and seven police officers were injured in clashes.

​Anti-quarantine protests also took place in several cities of Basque Country, including Bilbao, San-Sebastian and Victoria where seven people were detained. At least five protesters were detained in Santander.

​Prime Minister Pedro Sanchez called the actions of radicals "unacceptable" calling on the country's residents to show responsibility and unity in the fight against the pandemic.

A high alert regime has been in effect in Spain over surge in COVID-19 contagion, which prescribes night curfews. Restrictions on movement have been introduced in various autonomous communities and municipalities. On Thursday, the Spanish parliament approved the extension of the high alert for six months until May.