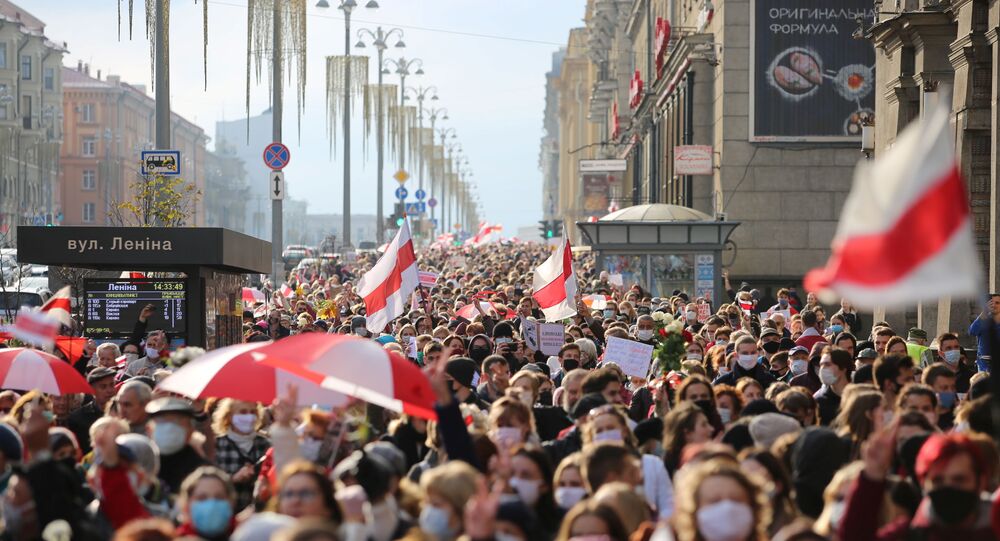 According to the latest update on the centre's website, 33 people have been taken in by police at unauthorised anti-government demonstrations on Saturday. A vast majority of the detentions took place in the capital city of Minsk.

Around 150 people reportedly gathered for an unauthorised rally in Grodno on Saturday. Police dispersed the demonstrators, detaining several people.

Irdorath is performing at Peremen Square. People are getting in the mood for tomorrow's huge march! #Belarus #StandWithBelarus pic.twitter.com/b5qRHYvRNx

Om Monday, over 360 people were detained in Belarus when opposition activists attempted to instigate a nationwide strike, according to Viasna.

Opposition rallies have been held every weekend in Belarus since the disputed 9 August election, which saw incumbent President Alexander Lukashenko claim a sixth term. The opposition declared that the results were fabricated and that Svetlana Tikhanovskaya had won the vote.