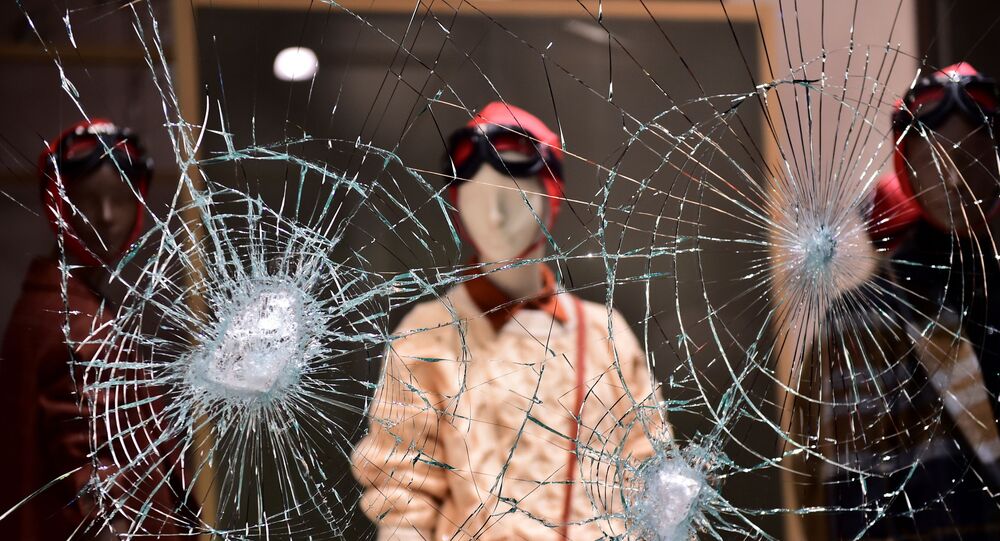 Twelve Protesters Detained During Clashes With Police in Rome

ROME (Sputnik) - Police used water cannons in downtown Rome to disperse a demonstration against new measures by the Italian government to combat coronavirus, twelve people were detained after clashes with law enforcement officers.

According to the Italian capital's newspaper il Messaggero, among the protesters in the Piazza del Popolo square were representatives of the ultra-right political organization New Force. After a series of skirmishes involving explosives and smoke bombs, the police used water cannons.

The total number of protesters is estimated at 200-300 people. After the clashes, part of the aggressive crowd set fire to garbage containers and broke rental bicycles and scooters nearby.

Photos and videos from the scene were published on Twitter.

​The day before, similar clashes took place in Milan and Turin. Speeches by entrepreneurs in Genoa and Palermo were relatively peaceful.

On Monday, new measures to combat the second wave of the coronavirus epidemic took effect in Italy. These include a ban on the work of catering establishments after 6 p.m. and the closure of theatres, cinemas and concert halls. The government decree also terminated the operation of gyms, swimming pools, health and spa centres, as well as gambling establishments: casinos, gambling halls and betting offices until November 24.