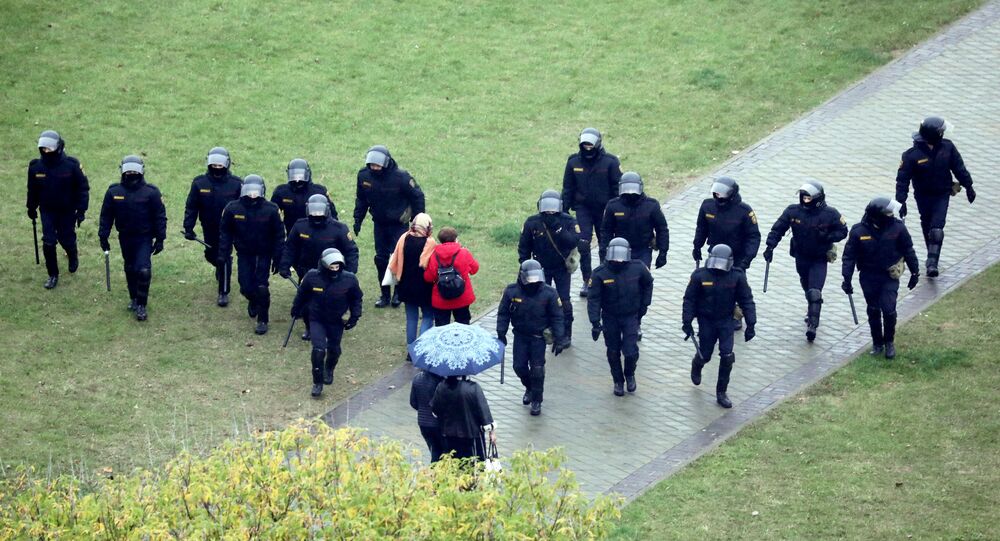 MOSCOW (Sputnik) - Eleven participants of the health care workers’ protest in the Belarusian capital on Tuesday have been taken to the police office for debriefing, the Minsk City Police press service said.

Massive protests that flooded Belarus since August have shown little sign of abating. On Tuesday, the Belarusian capital of Minsk witnessed a number of locally-organized protest rallies.

"Eleven people have been taken to the territorial police department for debriefings," press service said, stressing that "they were not detained."

Several participants of other small-scale rallies held in Minsk were detained as well, according to the police.

"Yes, several people have been detained over participation in unauthorized rallies," the police said.

On 13 October, ex-Belarusian presidential candidate Svetlana Tikhanovskaya warned that all the enterprises across the country would start a strike if Belarusian President Alexander Lukashenko did not resign within 13 days. On Sunday, Tikhanovskaya announced that the opposition would start a nationwide strike beginning on Monday, after the president failed to meet the opposition's demand.

On Tuesday, Belorusneft, a Belarusian state-owned petroleum company said it had fired six employees, who participated in a strike.

"These people have been fired because of the violation of labor law. The details concern only the employees and the employer, that is why we can not comment on them. All departments of Belorusneft operate normally, the production has not been stopped," the company's press service said.

Earlier in the day, medical specialists at the Belarusian Scientific and Practical Center Cardiology started a rally to protest the dismissal of the center’s director. Over 100 people gathered near the center, carrying posters that say: "You fire – who will cure?" and "Fire doctors! You will need treatment!".

Mass opposition protests have been ongoing in Belarus since the August 9 presidential election in which incumbent Lukashenko secured his sixth consecutive term. The opposition has refused to recognize the official results and has continued to organize regular rallies.