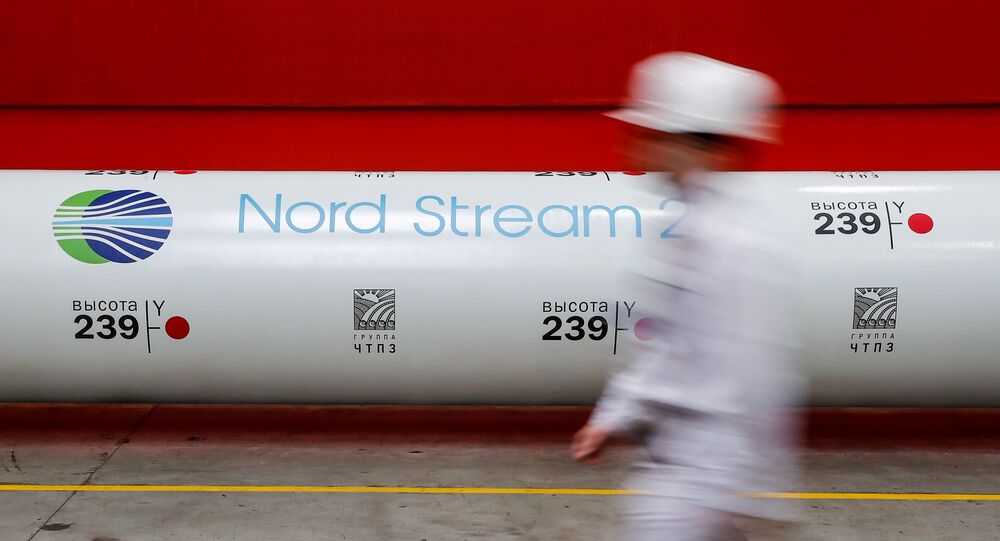 The EU imported the highest ever volume of LNG in 2019 at 108 billion cubic meters, marking 27% of total gas imports and 22% of the EU's gas consumption, according to the European Commission. The gas market report showed that Qatar supplied 30 bcm of LNG to the EU in 2019, followed by Russia with 21 bcm and the US with 17 bcm.

Russian pipe-laying vessel Akademik Cherskiy, which is expected to be used to finish the Moscow-led Nord Stream 2 gas pipeline project within the next few months, is approaching the German Baltic Sea port of Sassnitz where it is expected to dock tomorrow morning, according to shipping website Vesselfinder.

Sassnitz is the logistical base for the Nord Stream 2 pipeline projects, and has been in the spotlight since three prominent US Republican senators, Ted Cruz, Tom Cotton and Ron Jonson, sent a letter to the local City Hall in August threatening not only the companies' managers – but also port employees – with fines and sanctions for its role in supplying and loading Russian pipe-laying vessels.

That letter made reference to the so-called CAATSA law, short for "Countering America's Adversaries through Sanctions", which was passed in Congress by both Democrats and Republicans with a large majority.

Frank Kracht, the mayor of Sassnitz, says he was personally threatened with legal and economic sanctions because, as mayor, he is legally a partner in the town’s port, which is operated by the Fährhafen Sassnitz GmbH.

“Our company, the management, the shareholders and all employees are threatened with entry bans and the freezing of assets and assets in the USA. American companies are also prohibited by law from doing business with us,” said Kracht.

Also in the firing line is Mukran Port Terminals Gesellschaft, the port’s appointed storage and stevedoring contractor for the project.

Berlin and Washington at Odds Over Gas Supplies

The Trump administration is strongly opposed to Nord Stream 2, which it claims would leave Germany overly dependent on Russian pipeline gas supplies.

The opposing view in much of Europe is that the US wants to export more liquefied natural gas (LNG) to Europe and regards Russian natural gas as a commercial rival that needs to be moved out of the way as US LNG output is rising rapidly.

The prime minister of Mecklenburg-Vorpommern, Manuela Schwesig, has strongly supported the project. “The threats coming from Washington are absolutely unacceptable. Germany is free to decide for itself where and how it sources its energy,” she said.

If anything, the US’s heavy-handed approach has served to unite political opinion in Germany behind Nord Stream 2. There is also a wider EU concern that the five European energy companies providing 50% of the finance for the project will also be targeted.

"An act just short of war."

Tensions over the $11 billion have intensified in recent days as the US has moved to broaden sanctions on entities associated with the project.

Last week, US Secretary of State Mike Pompeo announced new sanctions on the Russia-Germany gas link and said that the United States was building a coalition against the pipeline. The fresh sanctions are a follow-up to US sanctions on the Nord Stream 2 project from December 2019 that target individuals and companies involved in the project.

Widening restrictions on the participants of the Nord Stream 2 gas pipeline constitute the “egregious use of the sanctions weapon” targeting both Russia and the US’s loyal ally Germany, former British MP George Galloway said on 22 October.

“Germany is not some banana republic in Central America,” the Scottish politician said last week. “This is an act just short of war against Russia, seeking to destroy something on which billions have already been expended, and which is the sovereign will of two sovereign European countries and for the most bogus of pretexts.”

Natural gas plays an essential role in European and German energy policy as an intermediate step on the way to the supply of renewable energies. The German government has decided to phase out nuclear energy by the end of 2022 and coal by 2038.

Nord Stream 2 runs parallel to the existing Nord Stream pipeline, which came into operation in 2011 with a capacity of 55 bcm a year, which would be matched by Nord Stream 2. Most of the 1,240 km subsea pipeline has been completed, but Allseas, the original pipe-laying contractor, suspended activity last November due to the sanctions threat.