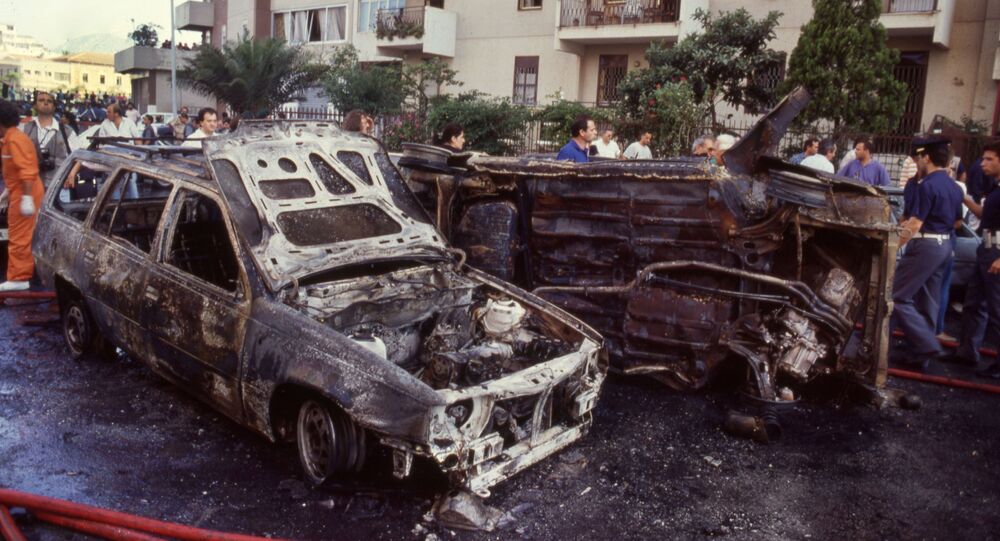 Italy’s Most Wanted: Mafia Fugitive Who Has Spent 27 Years On The Run For Bombings Jailed For Life

In 1992 the Sicilian mafia planted two separate bombs which killed Giovanni Falcone and Paolo Borsellino, prosecutors who were targeting their operations. Matteo Messina Denaro, the mastermind of those attacks, has been on the run since 1993.

A mafia boss who has been a fugitive since 1993 was jailed for life in absentia on Wednesday, 21 October, for murdering two anti-mafia prosecutors in separate high-profile bombings.

Matteo Messina Denaro, 58, was sentenced for his role in the 1992 murders of Giovanni Falcone and Paolo Borsellino. The sentence was passed down by a judge in the city of Caltanisetta after a trial which began in 2017.

A court in Caltanissetta has convicted mafia boss Matteo Messina Denaro in absentia for his part in the 1992 bomb attacks that killed Giovanni Falcone & Paolo Borsellino, sentencing him to life imprisonment. Messina Denaro has been in hiding for 27 years.https://t.co/q3A8iPyqcH

​Falcone, 53, his wife and three police bodyguards were killed when a huge bomb hidden next to the motorway blew up on 23 May 1992 as they drove from Palermo airport to the city centre.

On 19 July 1992 Borsellino, 52, was killed along with five others when a car bomb exploded near his mother’s house.

The assassinations were ordered by mafia boss Salvatore “Toto” Riina - who died in prison in 2017 - but Messina Denaro was the mastermind of the team which planted the bombs.

Messina Denaro, who grew up in the city of Trapani, is also wanted for a number of other mafia murders in the 1990s.

After 28 years another Italian court finds mobster Matteo Messina Denaro guilty of the carbomb murders of judges Falcone and Borsellino and gives him life. But they still haven't ...found him. #missinginaction #worldsmostwanted https://t.co/KLPt5juCQE

​Among the grisliest crimes which he has been linked to is the abduction in 1993 of 12-year-old Giuseppe Di Matteo, who was held captive for two years in a bid to stop his father turning pentiti (informer) and giving evidence against La Cosa Nostra.

Giuseppe was eventually strangled and his body dissolved in acid.

Messina Denaro took over as the boss of bosses or "capo di tutti capi" of the Sicilian mafia in 2006 following the arrest of Bernardo “The Tractor” Provenzano.

Life sentence for #cosanostra boss #MatteoMessinaDenaro responsible for killings bombs against Italian State and journalists in #missioneromana . Me: global #antimafia awaits arrest as signal to the world. Keep eyes on #ndrangheta @Lavialibera https://t.co/7RVmpSUjnX

​He came close to being arrested in 2011 but fled a farmhouse near Castelvetrano a few minutes before the police arrived.

The Sicilian mafia was weakened by prosecutions brought by Falcone and Borsellino and has been further eroded by several later investigations.

Nowadays Italy’s most powerful mafia is the 'ndrangheta, from the Calabrian region, which has links to Germany and Spain and is believed to be one of Europe’s biggest drug trafficking networks.