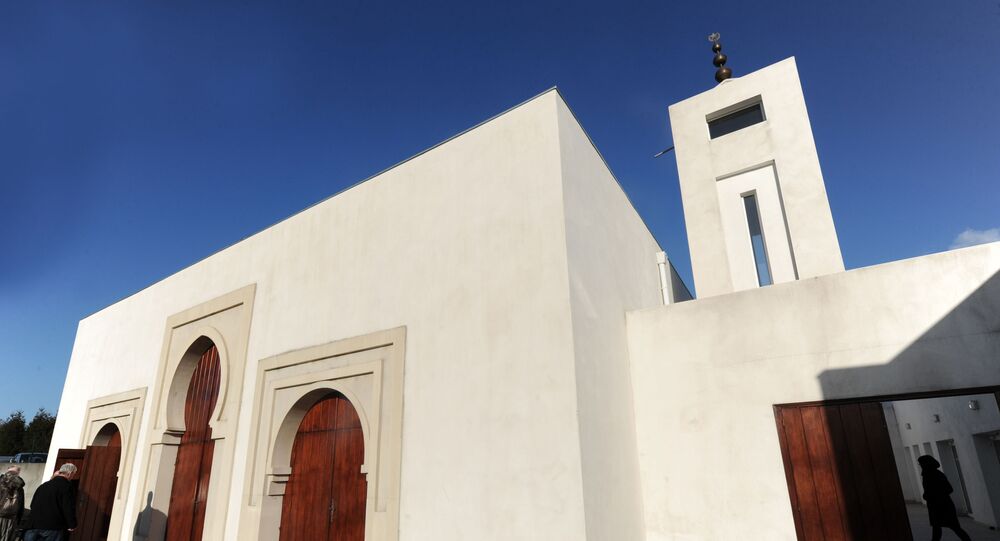 MOSCOW (Sputnik) - Mosques in France's city of Bordeaux and the Beziers commune have been placed under the protection of the security forces following the spread of violent threats amid outrage throughout France over the brutal killing of a history teacher in Paris last week, French Interior Minister Gerald Darmanin said on Wednesday.

"Threats or acts of violence targeted the mosques of Beziers and Bordeaux, I asked the prefects of the departments concerned to protect these places of worship. Such acts are unacceptable on the soil of the Republic," Darmanin tweeted.

Last week, France was shaken by reports that French history teacher Samuel Paty was killed by beheading in the outskirts of Paris after he showed cartoons of the Islamic prophet, Mohammad, to his students. The attacker, an 18-year-old Chechen man, was subsequently killed by police.

A total of 16 people were detained in an opened investigation into the attack, six of them currently tried by a counter-terrorism judge, and nine others were released from police custody.

The French government has implemented urgent measures to combat terrorism, including an increase of security in schools across the country starting November and dissolving associations advocating radical Islamism.