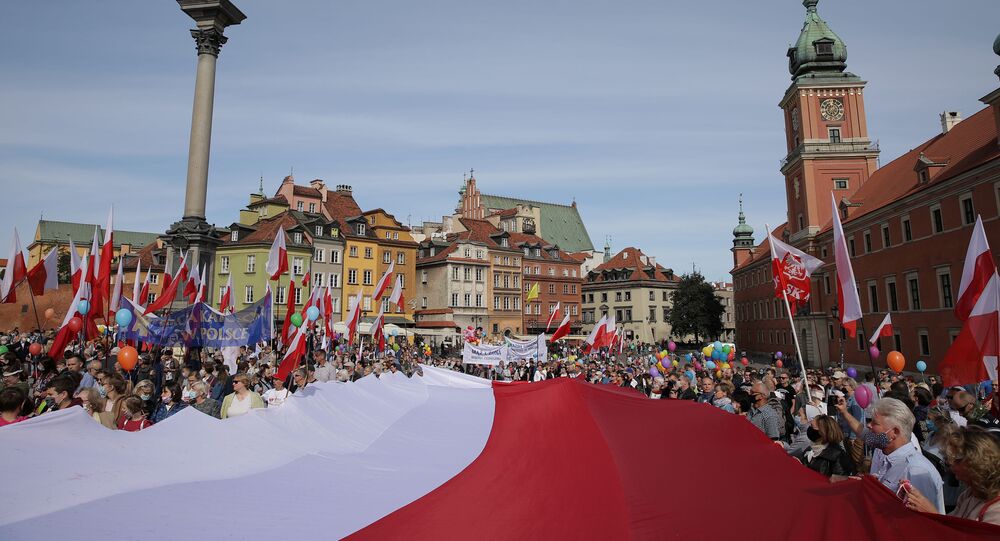 Poland Deludes Itself By Pretending to be 'Part of the West', Late Historian Says in Last Interview

Legendary Polish historian Andrzej Walicki died on 20 August, leaving behind thousands of works concerning the development of Poland as a nation. His last interview, about the role of Russia in Polish political and national thought, provoked waves of comment and not everyone was in agreement.

Polish scholar and University of Notre Dame professor, Andrzej Walicki, said in a recent interview, published posthumously in Polityka magazine, that Poland has been engaged in a self-deception by convincing itself that it is “part of the West”.

“We are not and never have been. We are half eastern, half western,” the professor maintained.

According to Walicki, Poland still feeds on various “messianic” dreams based on a belief that it is protecting the world from Russia.

“Thus, we have replaced the myth of the desire for freedom with the myth of a Russophobic union […] and we are proud of that,” he continued. “When someone in the West or in the East says that we are great, we jump up and down. We mostly care about being appreciated.”

© AFP 2020 / BARTOSZ SIEDLIK
A woman waves a Polish flag in front of the Jasna Gora monastery during the annual Polish motorcyclists pilgrimage to the country's greatest place of pilgrimage hosting the Black Madonna of Czestochowa in Czestochowa, Poland, on April 19, 2015

Poland does not want to be “at the borders of the West”, it wants to be in the centre, the scholar explained. According to professor, this thought justifies why Poland strives to make Ukraine and Belarus, alongside Lithuania, Latvia and Estonia, so-called 'borderland' states, to separate itself from the East.

This idea is “Russophobic and has no chance of being realised," the scholar said.

“We cannot agree on a partnership, not only with the Russians. We cannot deal with Ukrainians, Belarusians, Lithuanians either. We continue to treat them as consumers, from the standpoint of superiority and paternalism. They feel it, see it, hear it.”

Walicki said that Russia had historically been seen by Warsaw as its “main” problem and blamed Moscow for everything in an attempt by Poland to avoid holding responsibility for its own actions.

“Therefore, instead of learning from mistakes, we persist in them,” the historian suggested, insisting that Poland is convinced that the world “constantly oppresses or betrays us.”

Walicki offerred that it was impossible to “seriously think about reality and talk to others” when the country was living in “absolute abstraction”, claiming that nations like Russia are “absolute evil”.