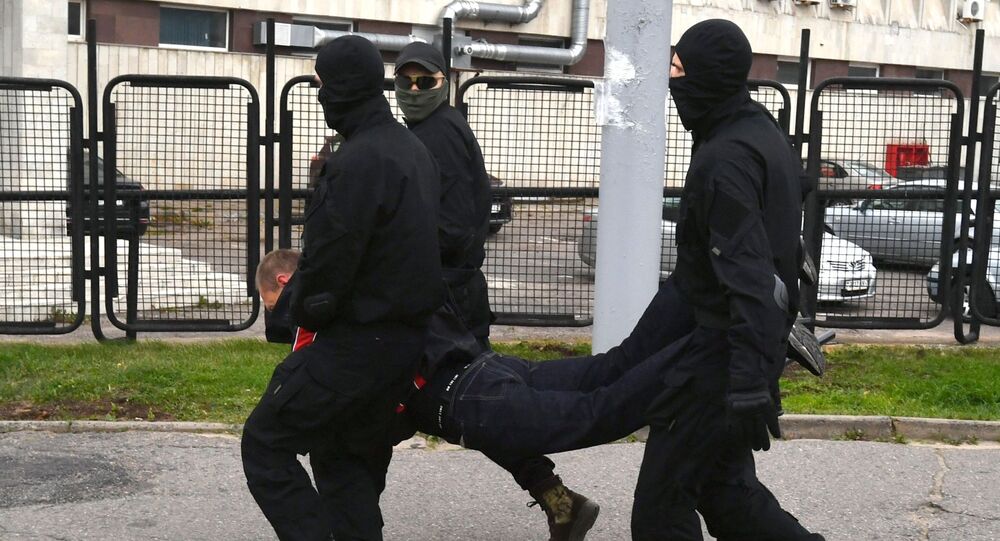 The rally in Minsk marks the 10th Sunday protest in a row which has drawn large crowds to demonstrate against the disputed 9 August presidential election.

Law enforcement agencies arrested a number of participants during an unauthorised opposition rally in Minsk, according to the press service of the Minsk police department.

The Belarusian opposition holds large-scale protests every Sunday. Security measures have been strengthened in Minsk since this morning and central squares are fenced and guarded. Mobile internet access also does not work in Minsk.

© AP Photo /
At Least 30 People Detained at Saturday Rally in Belarusian Capital, Human Rights Group Estimates
Meanwhile, supporters of the Belarusian opposition are gathering in the area of ​​Partizansky Prospekt in Minsk, along which they march towards the Minsk ring road.

Mass opposition protests have persisted in Belarus since the disputed 9 August presidential election, in which long-standing President Alexander Lukashenko claimed a sixth term. Hundreds of people were injured during the riots, including more than 130 law enforcement officers.