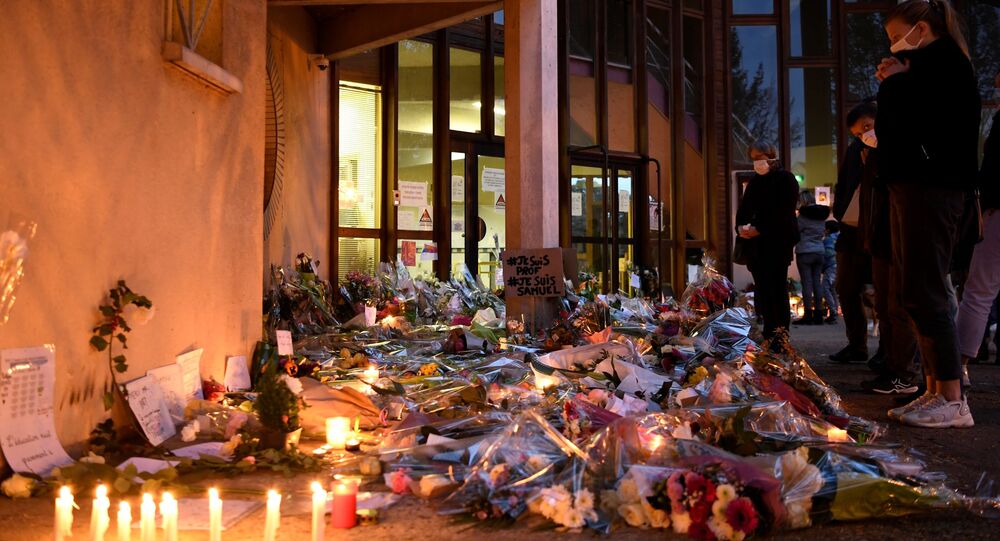 The gruesome murder by beheading, perpetrated by a teenager of Chechen origin in a Parisian suburb, shocked the nation on Friday. The attacker was killed by the police after a pursuit from the murder site.

Sputnik welcomes you to tune in to our livestream from the French capital Paris where mourners are gathering on Sunday to pay their respects to the history teacher who was brutally murdered two days earlier.

The teacher was decapitated outside of his school by an 18-year-old Moscow-born man of Chechen origin in Conflans-Sainte-Honorine.

The victim had shown cartoons of Islamic Prophet Muhammad to his students as part of a discussion on freedom of speech earlier this month.

The police launched a probe into the murder which was joined by the anti-terrorist prosecution.