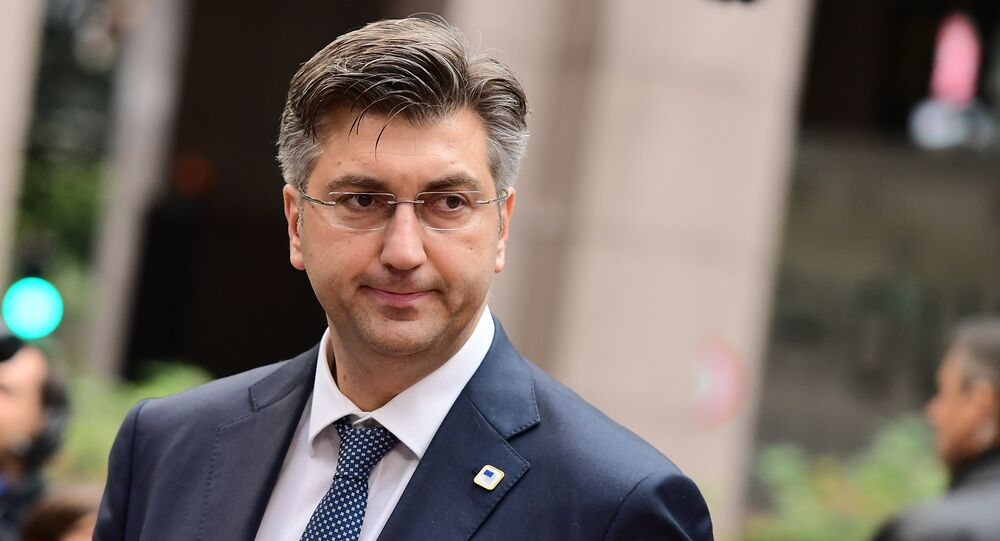 The letter allegedly ended with a warning: "One of the cures for traitors is Novichok." The police have launched an investigation.

The incident is not the first time when the prime minister reports receiving threats. On Saturday, before the information about the suspicious letter emerged, police arrested two men for threatening Plenkovic.

It came on the heels of Monday’s shooting in the capital of Zagreb, when a 22-year-old man opened fire on a police officer guarding a government building. Investigators are not ruling out that the real target was one of cabinet members.

Croatian President Zoran Milanovic, who comes from the largest opposition Social Democratic Party and regularly locks horns with the prime minister, has reacted to the story around the incoming threats.

"Threats are a part of this job, and I get them all the time. This is a dangerous profession that Plenkovic entered a few years ago. If you cannot live under this pressure, go back to your mother," the president said.

Plenkovic has been in office since October 2016.