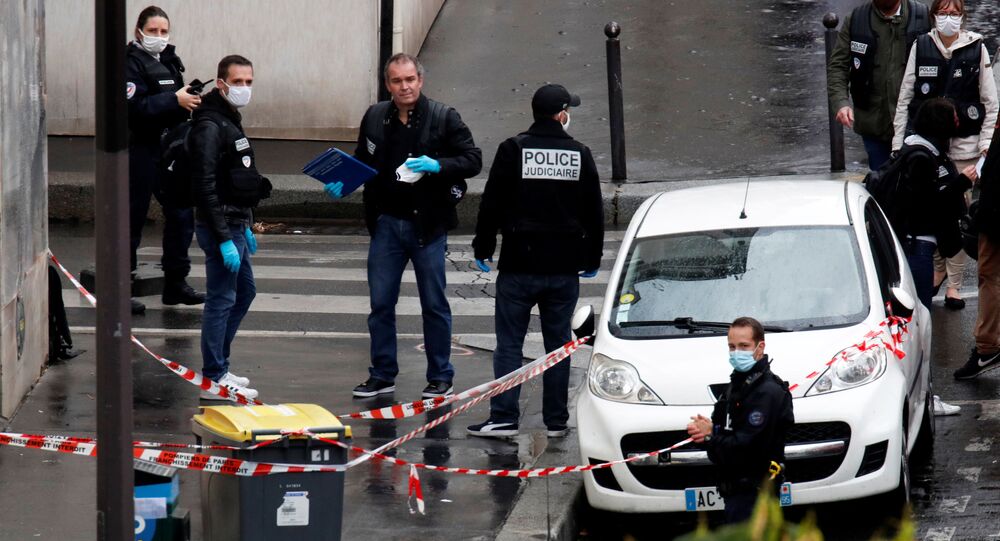 MOSCOW (Sputnik) - Five more people have been detained as part of an investigation into the killing of a teacher near Paris, raising the total number of those in custody to nine, the BFMTV broadcaster reported on Saturday.

According to the French broadcaster, law enforcement officers have detained four family members of the attacker — his parents, grandfather and 17-year-old brother — in the Evreux commune in the French region of Normandy. After that, five more people were detained — the father of one of the teacher's students, who posted a video on social networks, in which he complained about the teacher's attitude, a friend of this man and three other people.

All the five were detained in the Yvelines department in the north-central region of Ile-de-France.

Later in the day, Le Figaro newspaper reported, citing a judiciary source, that the identity of the suspect had been confirmed. It is an 18-year old man of Chechen origin, Abdoulakh A., born in Moscow.

According to the newspaper, the attacker was not on the list of radicalised individuals but was a member of a gang in the Eragny commune in the northwestern suburbs of Paris, one of which members was an Islamist.

On Friday, media reported that a man was decapitated in the Conflans-Sainte-Honorine commune north of Paris. A suspect was later killed by the French police, with the counter-terrorism department of the prosecutor's office currently investigating the incident. The victim reportedly taught freedom of speech and showed cartoons depicting Islamic prophet Muhammad to his students.