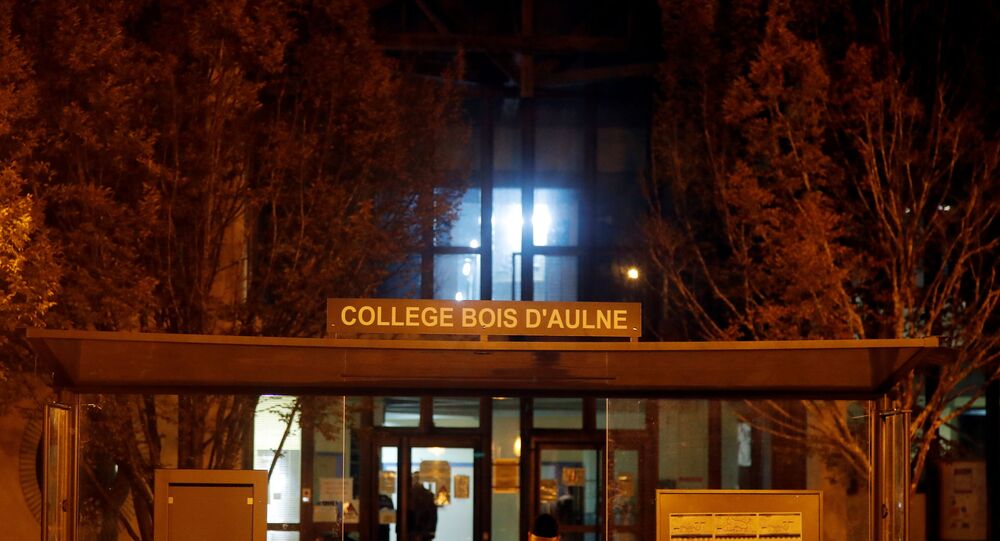 Earlier in the day, media reported that an unknown criminal beheaded a middle school history teacher near an educational institution in the commune of Conflans-Saint-Honorine. He was later shot dead by police officers.

Four people, including a minor, have been detained as part of the investigation into a teacher's killing near Paris, the Agence France Press news reported.

It was reported earlier that the authorities had been searching through the house of the suspect who beheaded the teacher to find any information concerning his activities prior to the murder.

According to French media reports, the victim had received threats from the parents of his students and even reported them to the police. He reportedly taught freedom of speech and showed cartoons featuring the Islamic Prophet Muhammad to his students.

The perpetrator is allegedly a parent of one of the students the victim taught at school.

Commenting on the attack, French President Emmanuel Macron characterised it as the "murder of history". He said that the suspect committed an attack against the Republic and vowed that terrorists will not divide France.