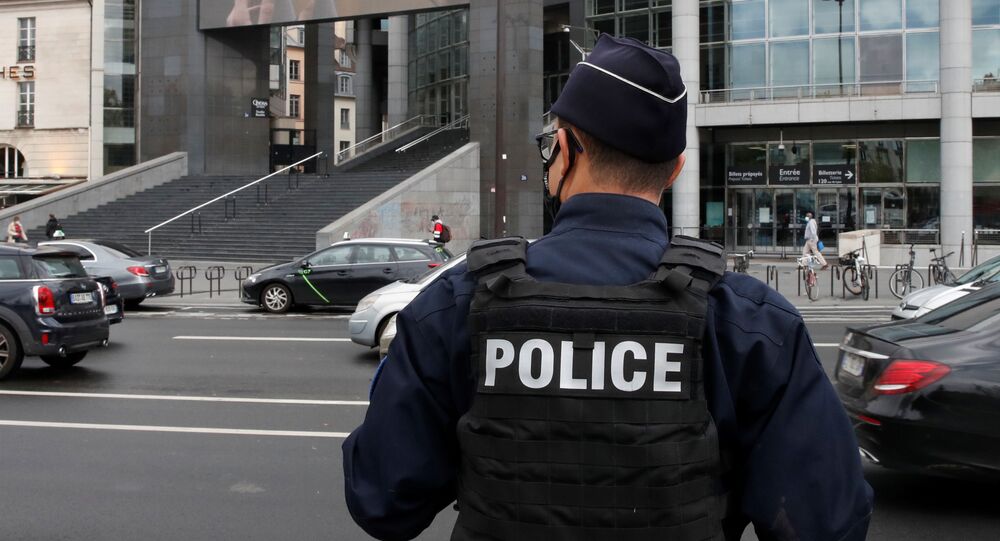 The attack occurred shortly after 5 p.m. local time. Reportedly the perpetrator was still present at the scene when police arrived and discovered the victim. The attacker refused to surrender and allegedly threatened police officers with a knife.

French police have said they shot an attacker who earlier in the day killed a man in a suburb in Paris. According to French media, the victim was a middle-school teacher who had showed his class caricatures of Prophet Muhammad. French media say this apparently motivated the attacker, who was known to the police. Reports say the perpetrator had a shotgun and a vest stuffed with explosives. The area has been cordoned off and a demining unit has been called to scene. French President Emmanuel Macron will visit scene, local media reported, citing a government official.

​The attack occurred shortly after 5 p.m. local time near a school. According to local police, witnesses heard the attacker shout Allahu Akbar. Law enforcement opened fire after the perpetrator refused to surrender and fled the scene. French media say about 10 gunshots were heard. The attacker is dead.

Conflicting reports have been coming from local and international media about how the victim died. Initially, French media said the victim was decapitated, but Reuters later cited French police as denying that this was the case and said the man was stabbed in the throat, before eventually stating that the victim was indeed decapitated.

The anti-terrorism prosecutor’s office has been called in to investigate the attack, which has been classified as "murder in connection with a terrorist enterprise". French Interior Minister Gerald Darmanin, who recently went to Morocco on a working visit, is now urgently returning to Paris.

The attack comes three weeks after a man armed with a knife stabbed two people in Paris. According to the French newspaper Le Parisien, the attacker, a 2002-born Pakistani, was enraged by the publication of controversial cartoons depicting the Prophet Muhammad.

The caricatures were published by satirical magazine Charlie Hebdo and are a reprint of those it published in 2015. Back then, the move prompted series of attacks by Islamists, who killed 17 people, including employees at Charlie Hebdo, and injured dozens more.

The magazine reprinted the caricatures in September as the trial of the suspects linked to 2015 attacks began in Paris. Al-Qaeda threatened Charlie Hebdo with a new attack in response to the publication.