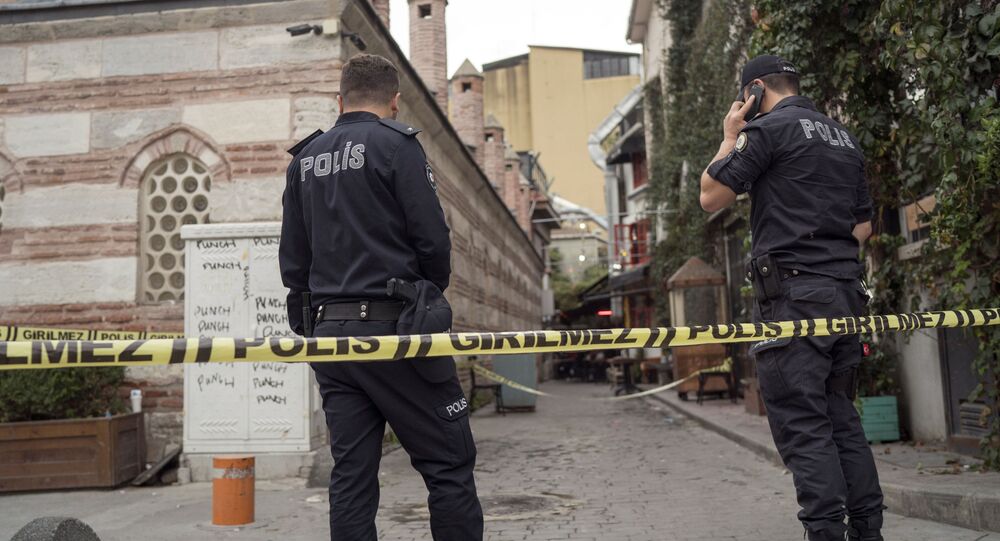 The arrested woman denies joining the terrorist organisation, claiming that she fled France for Syria in a bid to escape her abusive husband. She had a fake Syrian passport on her at the time of the arrest.

According to the media outlet, Raissi, who has been wanted in France for four years and had an Interpol red notice for committing "dangerous actions", denied the charges against her. There is no red notice with her name on the Interpol website at the time of publication.

The woman reportedly claims to have left France for Syria in a bid to get away from her abusive and violent husband. Law enforcement found a fake Syrian passport in her possession during the arrest, Turkey's Anadolu News Agency reported.

According to reports, Raissi successfully reached Syria around four years ago and married a Daesh* member – a relatively common practice of the terrorist organisation at the time when it came to female newcomers. Her first husband, Richard Raissi, was in turn arrested in the southern Turkish province of Gaziantep in 2016 and was eventually deported, the Daily Sabbah reported. Raissi's brother-in-law is reportedly also a member of the global terrorist organisation.

At the time when Raissi joined Daesh*, it controlled significant swathes of land in Syria and Iraq, but it has since lost virtually all of this territory as a result of joint operations by the Syrian and Russian armed forces, efforts by the Turkish military, and attacks by the US-led coalition and its allies in local militias. The terrorist organisation lost its last stronghold in Syria in spring 2019, but, according to the US, the group still has some remaining sleeper cells in the region.