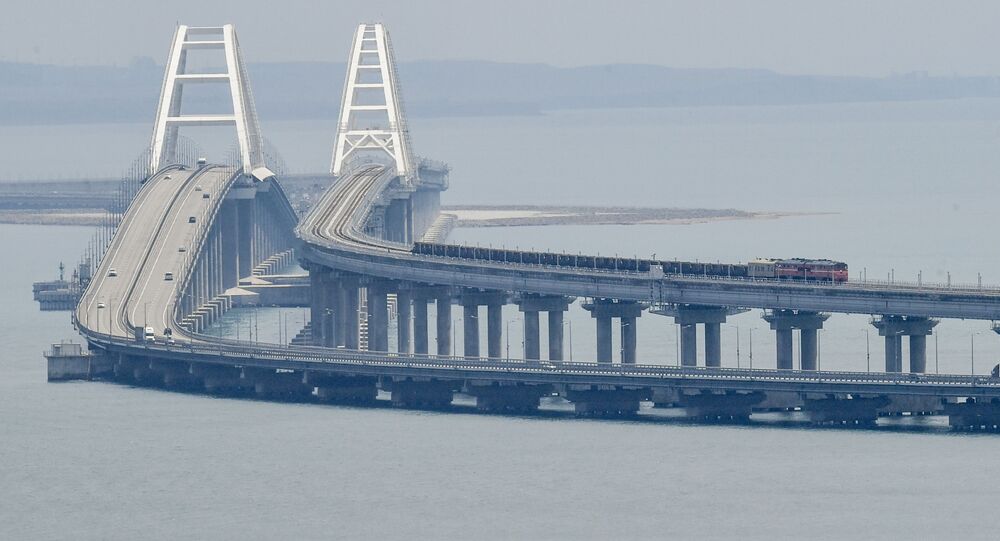 ZURICH (Sputnik) - Switzerland has adopted sanctions against Russian individuals and companies involved in the construction of the bridge over the Kerch Strait that connected the Crimean Peninsula with continental Russia, the Swiss Federal Department of Economic Affairs said on Friday.

"The Federal Department of Economic Affairs has made amendments to the list of individuals attached to the directive on the prevention of the busting of international sanctions over the situation in Ukraine. Two individuals and four entities are included in the annexe", according to the department.

The department added that the sanctions became effective late on 15 October.

The sanction list has been expanded with the inclusion of CEO of Alexander Ganov of Grand Service Express railroad company and Leonid Ryzhenkin, Deputy CEO of Stroygazmontazh infrastructure company.

The Swiss action followed on the heels of the EU decision, made in early October, to impose sanctions over Ukraine against two individuals and four entities.

The EU countries initiated aggressive sanction policy against the Russian Federation after it annexed the Crimean peninsula in 2014. The step has been considered by Brussels as a violation of international law and has served as a justification for Brussels unfriendly attitude towards Moscow.