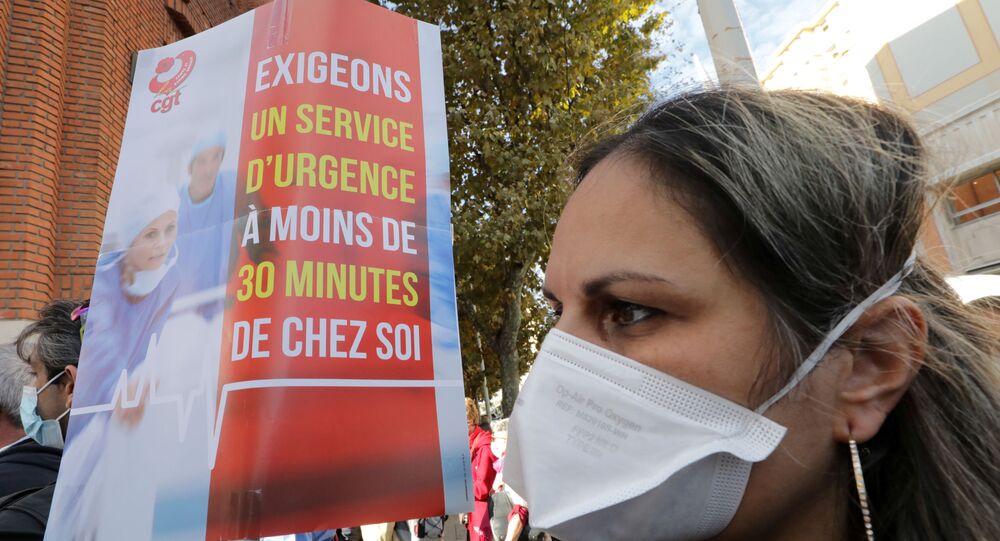 Yesterday, the French Council of Ministers adopted a decree introducing a state of emergency due to the worsening epidemiological situation in the country, while French President Emmanuel Macron announced a curfew in a number of cities, including Paris, Lille, Lyon, Marseille, and Toulouse.

Live from Paris, as French healthcare workers have gathered for a protest organised by labour unions to demand better working conditions.

The protest is taking place amid a significant increase in coronavirus cases: to date, France has registered over 779,000 COVID-19 cases, which includes a death toll of 33,037 people. On Wednesday, French President Emmanuel Macron announced new curbs to tackle the spread of the virus in the country, having imposed a curfew in Paris and several other big cities from 9 p.m. to 6 a.m.

In April, the French government agreed with labour unions to pay healthcare staff €160 ($188) more per month by March 2021. Workers have since been demanding a better hiring scheme and a general salary renewal.