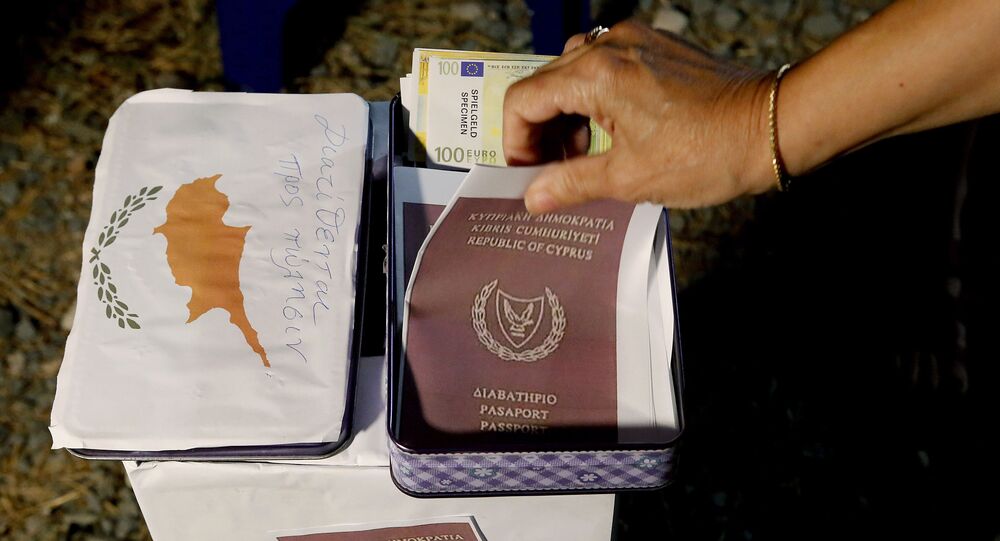 On Tuesday, the Сypriot government scrapped a "golden passport" citizenship-through-investment scheme, in operation since 2013, following an Al Jazeera probe into the issue.

"I believe that the continuation of my tenure as the parliament speaker was misinterpreted. This misinterpretation, as well as obvious desire of some people to make use of the issue for their political purposes and plans [...] led me to the decision to tender resignation from the post of the parliament speaker and lawmaker", Syllouris said in a statement earlier in the day.

The lawmaker's move comes as government spokesman Kyriakos Kousios said on Tuesday that Cyprus had cancelled a programme that stipulated the granting citizenship in exchange for investment.

This was preceded by Syllouris apologising in a written statement earlier on Tuesday and stating that he would withdraw from his duties.

The decision to scrap the scheme came on the heels of allegations that Syllouris and a veteran lawmaker had been caught red-handed trading European citizenship for money.

The claims were contained in an hour-long report called The Cyprus Papers Undercover, by Al Jazeera's investigative unit broadcast on Monday.

The journalists were believed to have used hidden cameras to show Syllouris, and lawmaker Christakis Giovanis promising "full support" for granting a passport to a fictitious Chinese investor, despite the latter having purportedly been convicted of being a money launderer.

European Commission spokesman Christian Wigand, for his part, pledged that the EU's executive body would decide whether infringement proceedings against Cyprus might be launched.

"We watched in disbelief how high-level officials were trading European citizenship for financial gains", Wigand said, adding that "European values are not for sale".