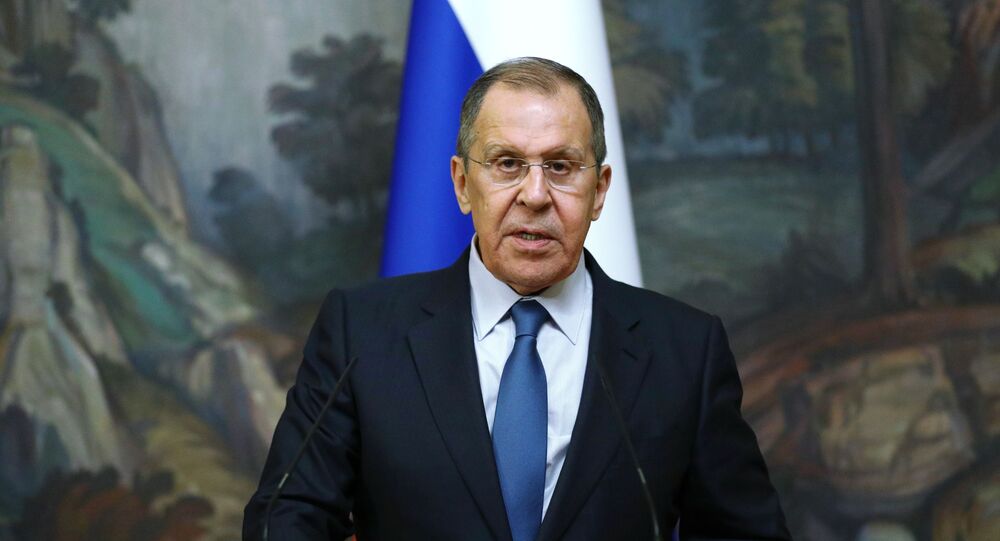 MOSCOW (Sputnik) - Russian Foreign Minister Sergei Lavrov said on Tuesday that the European Union had adopted the US style of threatening and punishing states with sanctions.

"People who are responsible for the Western foreign policy and do not understand the need for mutually respectful dialogue, we probably have to suspend dialogue with them for a while. Especially since [President of the European Commission] Ursula von der Leyen is saying that the geopolitical cooperation with the current Russian authorities is not working. So let it be if that's what they want," Lavrov said at a session of the Valday discussion club.

Lavrov's statement comes a day after foreign ministers of the European Union reached an agreement to impose sanctions on Russia over the alleged poisoning of Russian opposition figure Alexei Navalny, citing a violation of the International Chemical Weapons Convention.

Commenting on the decision, the Russian foreign minister said that the European Union had adopted the US style of threatening and punishing states with sanctions.

"The European Union is actively pursuing the path of the United States relying more and more on threats and sanctions. Two mechanisms have been established to punish those who use chemical weapons according to the EU and those who violate human rights, again, according to the EU," Lavrov said during a presentation of Valdai International Discussion Club’s report, dubbed "The Utopia of a Diverse World: How History Continues."

According to the top Russian diplomat, such mechanisms violate the principles of the UN Charter and are outside the framework of the UN Security Council.

© AP Photo / Peter Dejong
OPCW Joins Poison Cocktail Party
Russia has demanded that Germany provide evidence on the Navalny case and make the case materials available to Russian investigators. The Organisation for the Prohibition of Chemical Weapons (OPCW) issued a report last week stating that traces of a toxin not in the OPCW's registry of prohibited chemicals had been found in Navalny's system.

In a recent interview with the German Spiegel news magazine, Navalny accused Russian President Vladimir Putin of being behind his alleged poisoning. The Kremlin called his statement "extremely insulting and unacceptable."