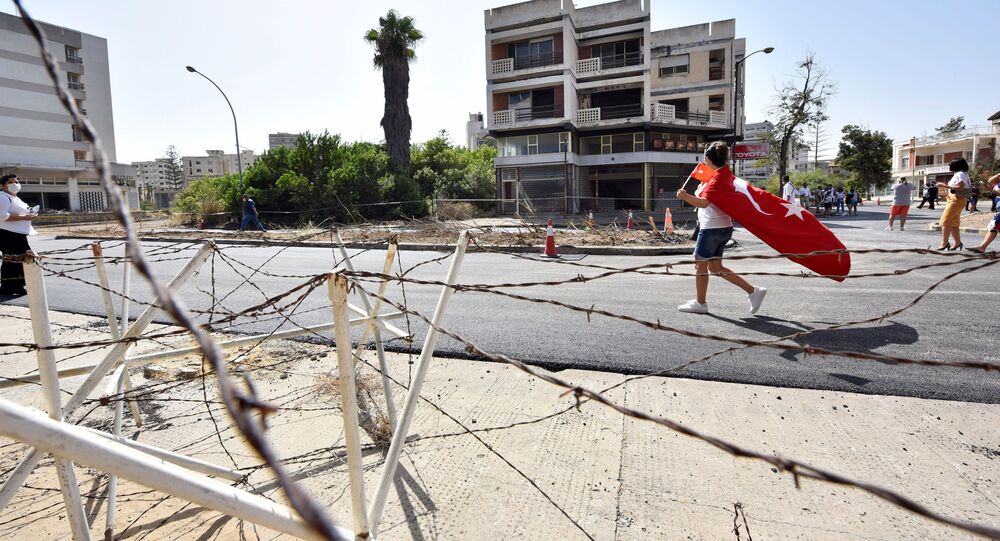 MOSCOW (Sputnik) - The European Union is gravely concerned over the reopening of the previously fenced off Varosha coastline area in the breakaway Turkish Republic of Northern Cyprus, according to a press release published on Tuesday.

"The EU expresses its grave concern over the decision to proceed with the 'opening' as of 8 October 2020 of part of the fenced area of Varosha, following the announcement made in Ankara on 6 October 2020," the press release, which was attributed to the bloc's foreign policy spokesman, Peter Stano, read.

Brussels is also calling on all parties to resume peace talks with the aim of reaching a political settlement to the unresolved issues in Cyprus. Leaders from the island nation's Greek and Turkish communities last met for UN-mediated talks in 2017.

© AFP 2020 / PATRICK BAZ
Moscow Slams Turkish Cyprus' Decision to Reopen Abandoned Varosha Resort
Turkish President Recep Tayyip Erdogan announced on October 6 that Varosha, which was previously a popular tourist destination before being abandoned following the Turkish invasion of Cyprus in 1974, would be reopened for visitors.

The decision has been condemned by many members of the international community, including Russia, and the matter was discussed by the United Nations Security Council this past Friday. The UNSC called on Turkey to reverse the decision to reopen the coastline area in Varosha.