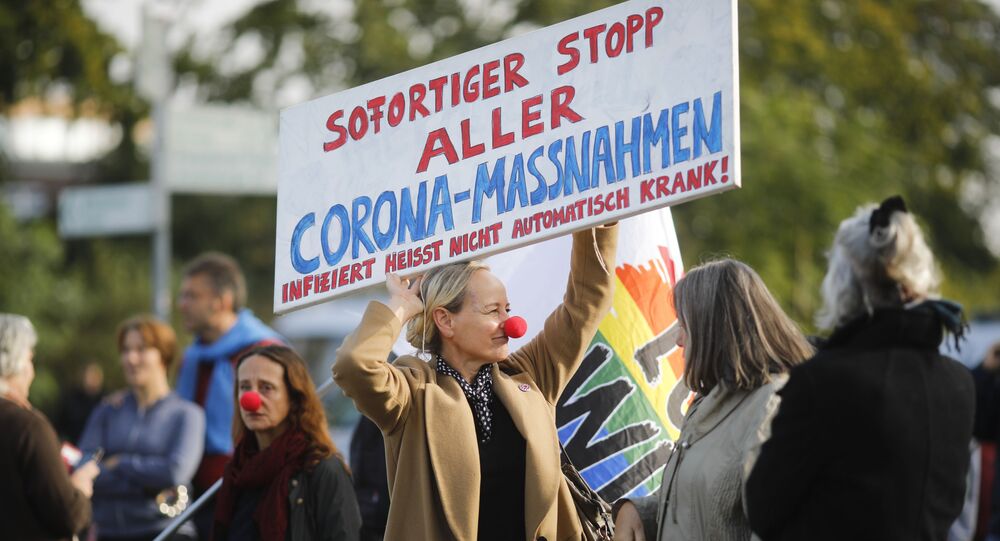 Germany saw a rise in the number of COVID-19 cases earlier this week, which prompted the authorities to announce new restrictions on Tuesday.

Watch a live broadcast from Berlin’s Alexanderplatz, where people have been rallying against the COVID-19 measures recently re-introduced by the government.

Originally, German Chancellor Angela Merkel announced a series of measures in March to curb the spread of the coronavirus infection, which she said were necessary in order "to win time in the fight against the virus." The measures have been gradually eased nation-wide.

However, in the past few weeks, the number of new infections has significantly increased, and new measures were announced by the government on Tuesday. Starting Saturday, new regulations come into effect in Berlin, such as a maximum of five people from different households gathering in close-door environments as well as bars and restaurants closing between 11 pm and 6 am.