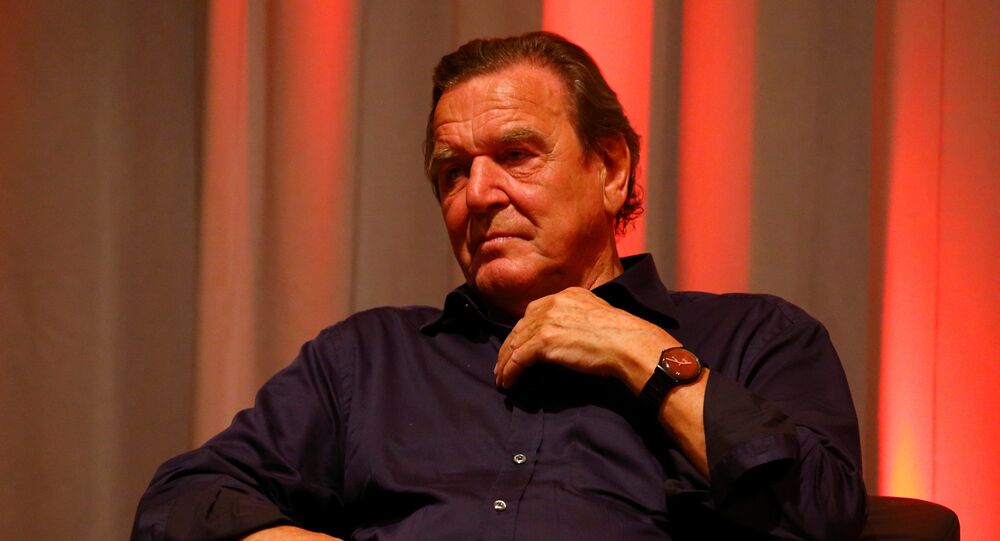 "He himself says that he has no evidence for his insinuations. However, Bild-Zeitung and bild.de have disseminated these statements without asking my opinion", Schroeder wrote on his LinkedIn page on Wednesday, referring to allegations that Navalny had been poisoned by Russia with the help of the Novichok nerve agent.

Schroeder added that he "therefore feels compelled to take legal action against the publisher, who has seriously violated" his "right of publicity".

The remarks came as the German newspaper earlier published an interview with Navalny, who accused Schroeder of "receiving shadow payments" from Russian authorities.

"Schroeder is Putin's errand boy. It's one thing to be a Putin lobbyist. But now he [Schroeder]'s trying to protect murderers", Navalny asserted, adding at the same time that he had no proof to confirm his allegations about "cover payments" to the ex-German Chancellor.

Last week, Schroeder pointed out that he questions Russia's role in Navalny's alleged poisoning, claims that the ex-German Chancellor rejected as "speculation".

Schroeder served as German chancellor between 1998 and 2005. The 76-year-old is currently chairman of the Board of Directors of Russia's Rosneft and head of the Shareholders Committee of Nord Stream AG. The Nord Stream 2 pipeline project is a $10.5 billion joint venture between Russia's Gazprom, Germany's Uniper and Wintershall, Austria's OMV, France's Engie, and UK/Dutch energy conglomerate Royal Dutch Shell.

Schroeder's lawsuit against Navalny comes after Berlin announced in mid-September the possibility of freezing, sanctioning, or otherwise acting against the Nord Stream 2 project amid pressure from Germany's US and European allies to "punish" Moscow for the alleged poisoning of the Russian opposition figure.

This followed the German government claiming earlier last month that doctors at Berlin's Charite hospital had found traces of a military-grade nerve agent from the Novichok group in Navalny's system.

Moscow stressed that Berlin lacks evidence to back up its allegations and noted that Russian doctors had found no toxic substances in the opposition figure's body.

Russia also underscored that it had not produced any Novichok group substances since the the Organisation for the Prohibition of Chemical Weapons (OPCW) verified the destruction of the country's chemical weapons stocks in the early 1990s.

© REUTERS / Evgenia Novozhenina
Kremlin: Russia Has Information CIA Works With Alexei Navalny, Sends Instructions to Him
On 20 August, Navalny fell ill during a domestic flight in Russia. He was initially treated in the Siberian city of Omsk, where the plane made an emergency landing, but was then flown to Berlin once the doctors decided that he was fit for cross-border aerial transportation.