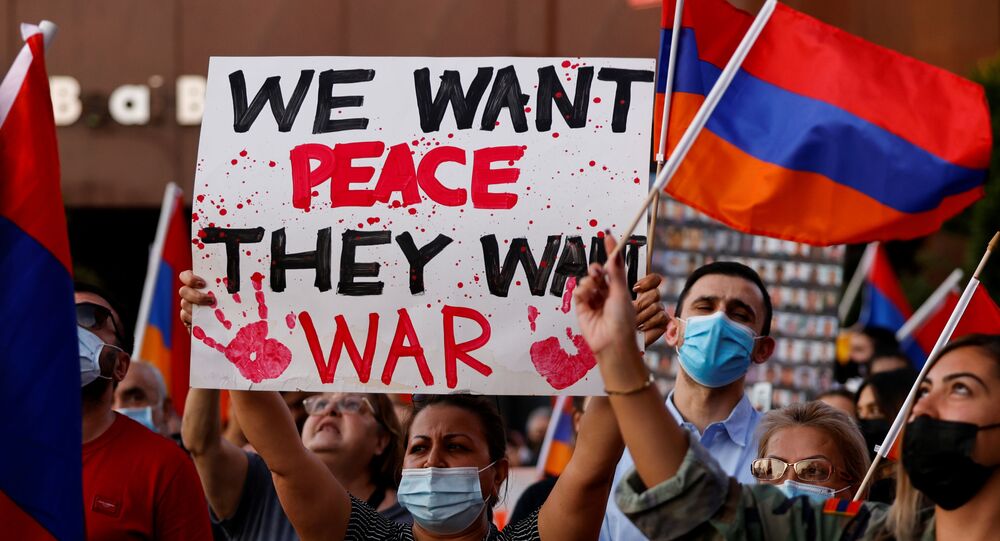 The conflict between Armenia and Azerbaijan over the disputed region of Nagorno-Karabakh escalated in late September when both sides accused each other of provoking military hostilities.

A live broadcast shows members of the Armenian diaspora rallying outside the Turkish Embassy in Paris to protest against hostilities in the Nagorno-Karabakh region.

The protest is taking place after Turkish Foreign Minister Mevlut Cavusoglu confirmed Ankara's readiness to provide assistance to Azerbaijan in any possible area amid clashes in the contested region.

The hostilities in the Armenian-dominated region of Nagorno-Karabakh, officially part of Azerbaijan, erupted in September when both parties accused each other of violating the ceasefire.