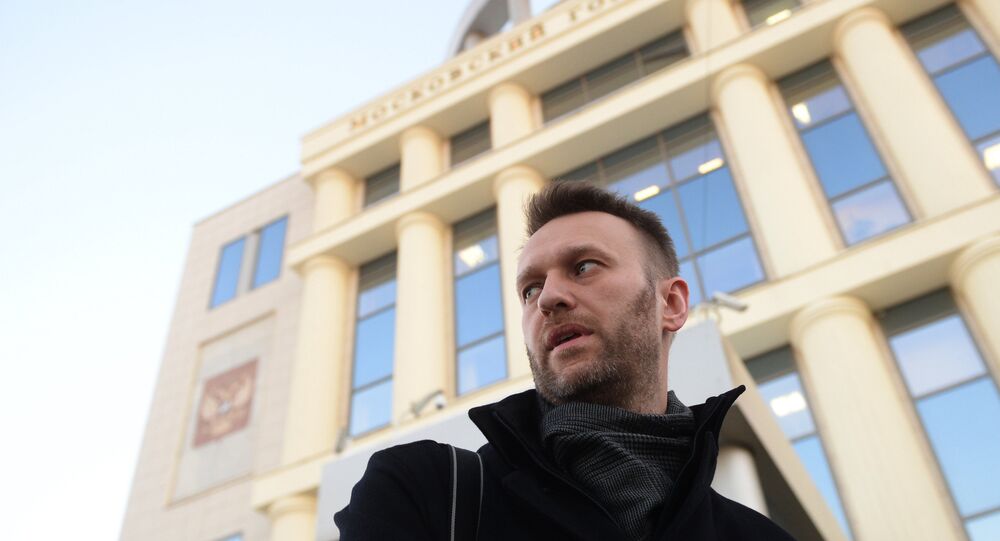 PARIS (Sputnik) - France and Germany will send proposals to European countries on sanctions in connection with the case of Russian opposition figure Alexei Navalny, the foreign ministers of the two countries said in a joint statement.

"Drawing the necessary conclusions from these facts, France and Germany will share with European partners proposals for additional sanctions. Proposals will target individuals deemed responsible for this crime and breach of international norms, based on their official function, as well as an entity involved in the Novichok programme", it says.

The communique notes that France and Germany have repeatedly called on Russia to shed light on the circumstances of the alleged poisoning of Navalny and those who committed the crime.

"No credible explanation has been provided by Russia so far. In this context, we consider that there is no other plausible explanation for Mr Navalny’s poisoning than a Russian involvement and responsibility", the statement reads.

UK Foreign Secretary Raab has commented on the matter, saying that the UK stands "side by side with our German and French partners in our response to the abhorrent poisoning of Alexei Navalny".

The statement comes after reports about a package of sanctions against Russia that may affect representatives of military intelligence GRU.

The Organisation for the Prohibition of Chemical Weapons (OPCW) said on 6 October that a substance similar to nerve agent Novichok, but not included on the lists of banned chemicals, had been found in Navalny's organism. The German government said the OPCW's statement in the Navalny case confirmed his poisoning with a Novichok group substance but admitted that the substance was not banned. The Russian Foreign Ministry said the story around Navalny continued in line with a pre-planned conspiracy scenario.

© Sputnik / Alexey Kudenko
Navalny Affair Follows Pre-Planned Scenario - Russian Foreign Ministry Responds to OPCW Report
On 20 August, Russian opposition figure Alexei Navalny fell ill on a domestic flight in Russia. He was initially treated in the Siberian city of Omsk, where the plane made an emergency landing. Two days later, when the doctors determined that he was fit for cross-border aerial transportation, the politician was brought to the Berlin-based Charite hospital for further treatment.

In a statement, the German government said that doctors had found evidence of a poisonous nerve agent from the Novichok group in Navalny's body. Russia disputed these allegations, noting that its medics had found no toxic substances in Navalny while he was treated in Omsk.

The opposition activist was discharged from the Charite hospital on 23 September and is expected to make a full recovery.

In a recent interview with Spiegel, Navalny accused Russian President Vladimir Putin of being behind his alleged poisoning. The Kremlin called his statement "extremely insulting and unacceptable".