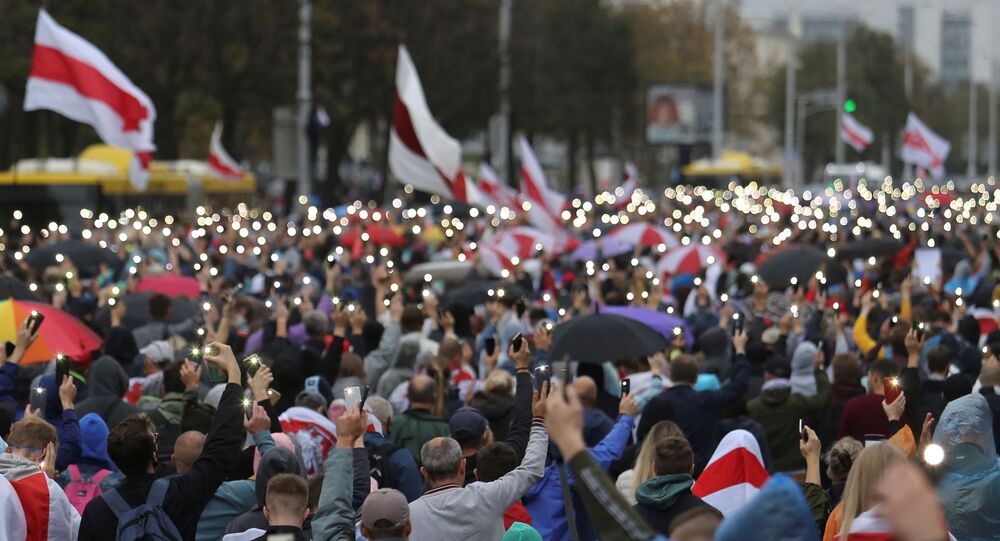 MINSK (Sputnik) - Eight stations of the Minsk subway (Metro) have been temporarily closed for entry and exit amid calls by the Belarusian opposition for the country's population to stage protests on Sunday, the press department of the Belarusian capital's subway system said.

"At 13:40 [10:40 GMT] on October 4, 2020, the stations of Ploshcha Lenina, Oktyabrskaya, Ploshcha Pobedy, Ploshcha Yakub Kolasa, Kupalovskaya, and Niamiha are closed for entry and exit. At Frunzienskaya and Maladzyozhnaya, trains will run without stopping. The Metro apologizes for the temporary inconvenience," the press service of the public transport system said on Telegram.

Amid the latest day of opposition protests in the Belarusian capital, security forces have strengthened their position along Victors Avenue, from Niamiha subway station to the Minsk Hero City Obelisk, eyewitnesses said.

A Sputnik source said that buses containing security forces and military personnel are lined up along the major thoroughfare. Other crowd control vehicles, including a water cannon truck and a long-range acoustic device, have also been seen in the region.

Belarusian cellular operator A1 has also announced on Sunday that its mobile internet services will be throttled following a request from the country's authorities.

"In accordance with an order from the authorized government bodies on 4 October, mobile internet bandwidth has been reduced in Minsk," the cellular operator said on Twitter.

The press service of the Belarusian capital's police department told Sputnik on Saturday that 11 people had been detained during the day at opposition protests.

Opposition demonstrators have regularly held protests in Belarus on weekends since the 9 August presidential election that saw incumbent Alexander Lukashenko win by a landslide. The Belarusian opposition has rejected the results of the vote.