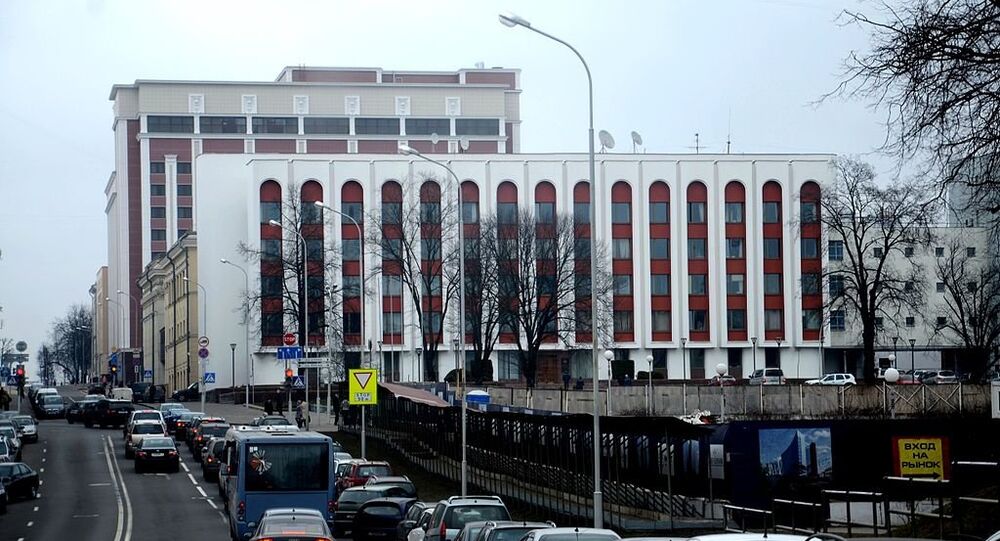 The European Council has made a political decision to introduce sanctions on Belarus and will work on technicalities, President of the European Commission Ursula von der Leyen said on Friday.

The Belarusian Foreign Ministry has said that Minsk may reconsider the level of its diplomatic presence in the EU and is mulling the viability of maintaining diplomatic relations with the bloc.

Minsk may reconsider the level of its diplomatic presence, including a decision on the expediency of maintaining diplomatic relations with the EU, according to the website of the Belarusian Foreign Ministry.

"The EU threatens us that it will reconsider its relations with Belarus. This will be its choice. The Belarusian side, in turn, is also ready for such a reconsideration of relations and will continue to adequately respond to any unfriendly actions”, the message says.

As noted by the Foreign Ministry, "further promotion of the EU" sanctions flywheel "may lead to even more serious consequences, for example, the withdrawal of Belarus from joint programmes and projects, revision of the level and modality of the diplomatic presence up to the decision on the expediency of maintaining diplomatic relations”.

Minsk, in connection with visa sanctions adopted by the EU against Belarus, is introducing a reciprocal sanctions list starting Friday, according to the website of the Ministry of Foreign Affairs of the republic.

“In connection with the visa sanctions adopted by the EU against a number of Belarusian officials, the Belarusian side is introducing a reciprocal sanctions list from today. In accordance with established civilised diplomatic practice, we will not publish it”, the message says.

It added that a single list of prohibited persons is also valid within the framework of integration associations, which includes Belarus.

Earlier, the head of the European Council Charles Michel said that the European Union is implementing sanctions on the situation in Belarus, about 40 persons are on the sanctions list.

Mass opposition protests broke out across Belarus following the presidential election on 9 August that saw President Alexander Lukashenko reelected for a sixth term. While electoral authorities maintain that Lukashenko collected over 80 percent of the vote, the opposition insists that his key contender, Svetlana Tikhanovskaya, won the election. Opposition figures also accuse the security forces of resorting to excessive violence during the protests.