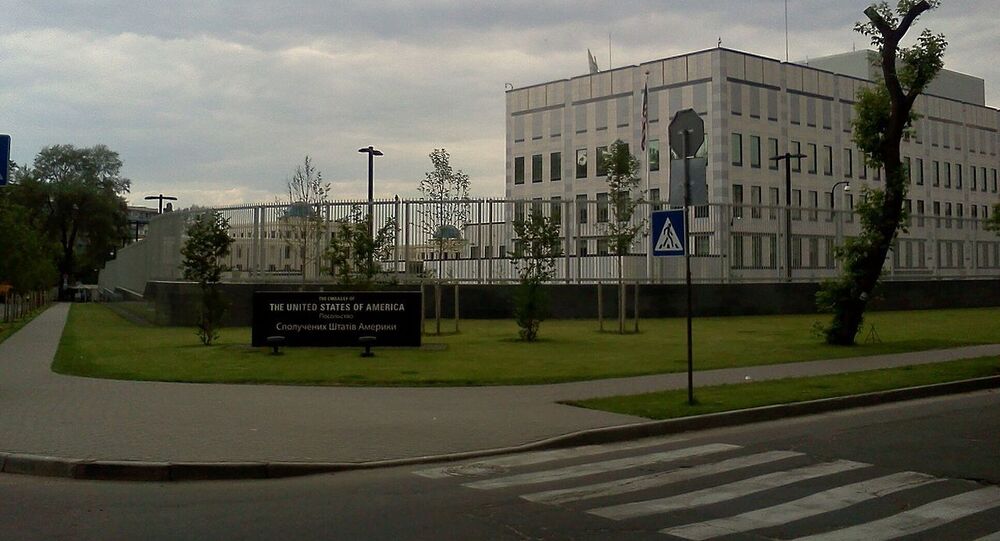 US Embassy Employee Dies in Hospital After Being Beaten up in Kiev, Police Say

A woman with a head injury has been found in a forested area near the railway tracks in the Shevchenko district of the Ukrainian capital, police said.

A female employee at the US Embassy was beaten up in Kiev and died in hospital, the press service of Kiev's Department of the National Police of Ukraine said on 30 September.

"The unconscious woman was taken to hospital, where she later died. The ID of a US Embassy employee was found among her personal belongings", the police said.

Law enforcement officers are establishing the circumstances of the incident, according to the press service.

The police said that they have started searching for a possible attacker, who is allegedly a tall man in his thirties or forties.

The US Embassy in Kiev has confirmed the reports about the death of one of its employees.

​There are approximately 181 Americans and more than 560 Ukrainians in the staff at the embassy. The current chief of mission, as chargé d'affaires ad interim, is Kristina Kvien.