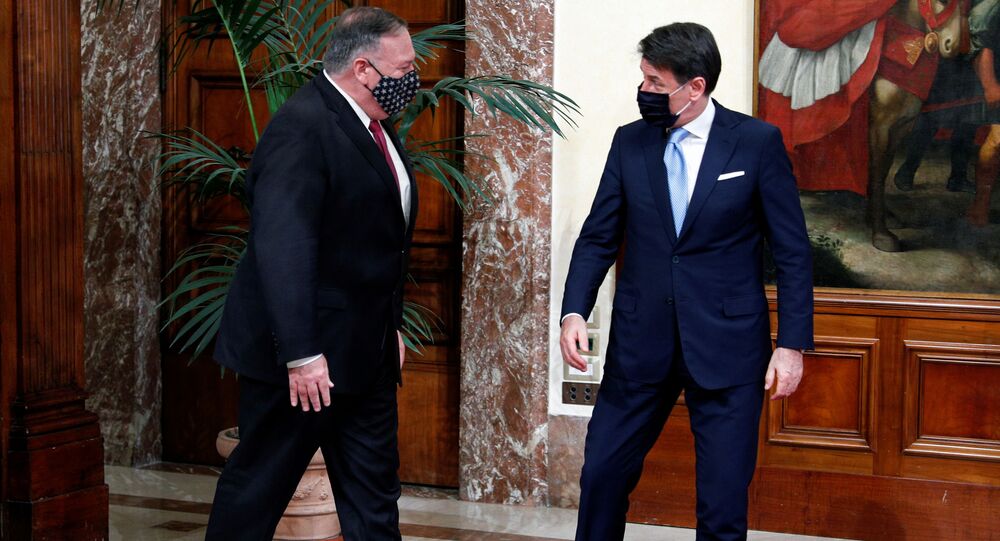 "Secretary Pompeo highlighted the substantial business and investment ties between the United States and Italy and noted the risks associated with doing business with the People’s Republic of China (PRC)", Brown said.

Pompeo and Conte discussed also Italy’s strong efforts against the COVID-19 pandemic, as well as Washington’s assistance to the country.

"The Secretary and the Prime Minister also reaffirmed our shared commitment to the Transatlantic partnership, peaceful resolution of the conflict in Libya through the UN process, and countering the influence of malign actors in Europe", the spokesperson added.

Pompeo is currently on a visit to Italy as part of his week-long tour in Europe's eastern Mediterranean region that includes stops in Greece, Croatia and the Vatican.

The United States has signed declarations on 5G security with several European countries, including Poland, the Czech Republic and Estonia, among others.

As an advanced wireless technology, 5G enables the real-time exchange of information at speeds of over 10 gigabits a second, which is 30 times faster than the current 4G networks. The new technology is the next step in internet connectivity speed and, as experts believe, has the potential to transform various aspects of modern life.

Washington has been calling for the mobilisation of international backing in the economic strife against China. Huawei, one of the world leaders in the field of 5G communication networks, has already been affected by US sanctions, imposed due to allegations of corporate espionage and national security threats.