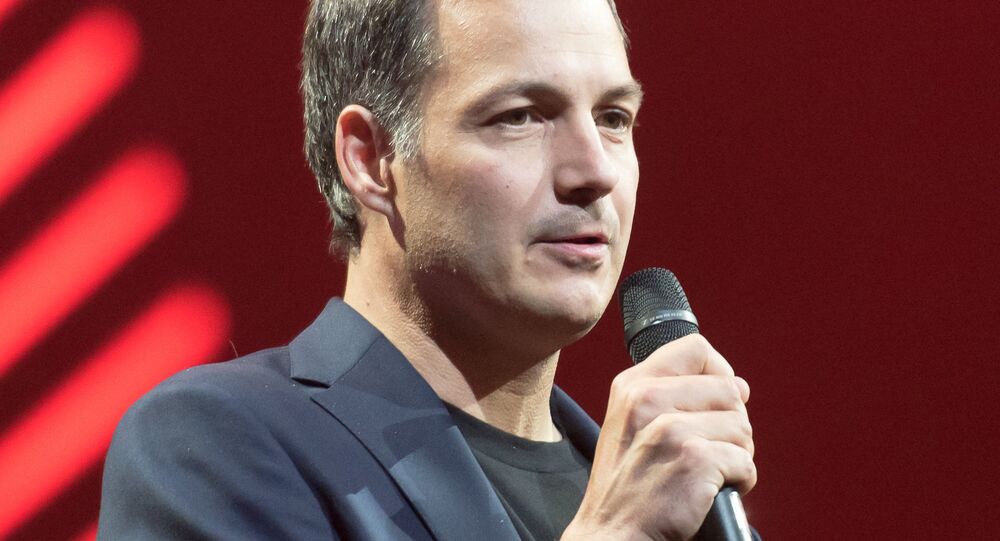 Incumbent Belgian Finance Minister and Deputy Prime Minister Alexander De Croo has been appointed as the new head of government, according to an official announcement.

On 1 October, Alexander De Croo is to be sworn in by Belgium's king before the government statement to the country’s lawmakers scheduled for 2:15 p.m. (12:15 GMT).

The appointment comes amid the ongoing formation of a seven-party coalition cabinet, also referred to as the "Vivaldi" government.

© REUTERS / Nicolas Maeterlinck/Pool
Belgian King Approves Resignation of 5 Federal Gov't Members Over UN Migration Pact - Reports
For almost 16 months, negotiations for a new Belgian government remained ineffective. However, on 30 September, seven parties consisting of Liberals, Socialists, and Greens, split into separate linguistic entities, and the Dutch-speaking Christian Democrat agreed to form a fully operating majority government that will focus on dealing with the pandemic and its calamitous economic impact.

A final negotiating session lasted almost 24 hours, but lawmakers agreed upon a common budget and decided on a new candidate for the head of the government.

De Croo’s predecessor was Sophie Wilmes, the first woman in the post, initially led the caretaker government in 2019 and then became the head of a permanent government, formed in March 2020 in response to the COVID-19 pandemic.