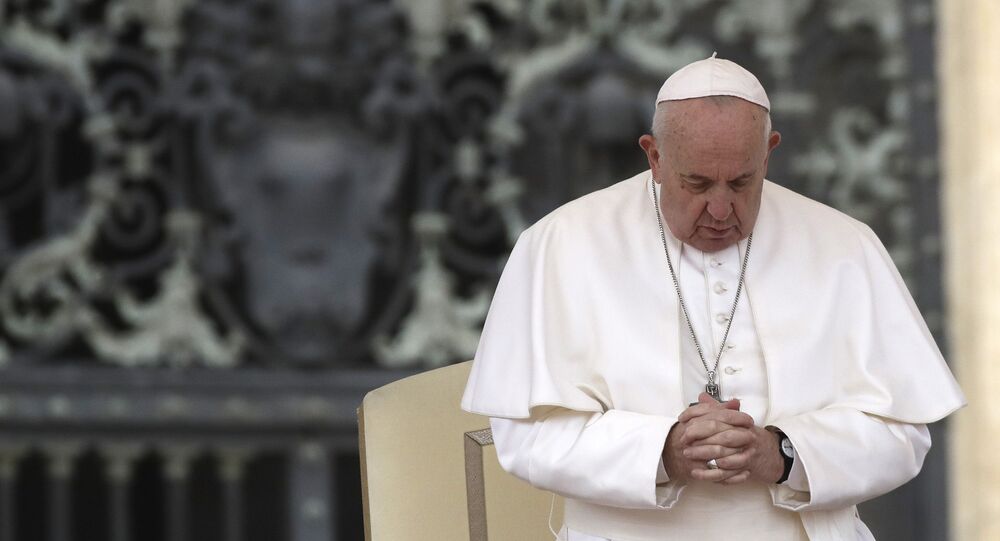 The Pope was to meet the US top diplomat to discuss the would-be renewal of the Vatican-China deal, which oversees the procedure of appointment of Chinese bishops.

Pope Francis announced Sunday that he will not meet US Secretary of State Mike Pompeo, who is going on a formal visit this week, for fear it “could influence the US election campaign” and in order to “avoid any kind of manipulation”, Italian newspaper La Repubblica reported, citing the pontiff's office.

The development comes after the top US diplomat was recently vocal in his criticism of the Vatican’s ties with China. Francis and Pompeo have been planning a meeting regarding whether or not to renew a deal, whereby the Vatican approves the bishops appointed by China’s Catholic branch.

Pompeo has argued the Vatican should by no means do it, citing the alleged religious persecution of Xinjiang Muslims, which the politician rushed to accuse Xi Jinping’s government of.

“The human rights situation in China has deteriorated severely under the autocratic rule of Xi Jinping, especially for religious believers”, the secretary of state wrote in an article for First Things magazine this month.

China, which has rejected all accusations of wrongdoing, asserted that the Western world’s claims are simply not true.

Earlier this year, China hosted an exhibition in the lobby of its Chinese Embassy in Washington: over 40 panels were presented, aiming to dispel Western allegations, and aspired to prove that the so-called “concentration camps for Muslims” were meant to teach Uighurs certain skills that could help them secure jobs. Ministry of Foreign Affairs spokesman Wang Wenbin has since weighed in on the tense debate, saying the issue concerning Xinjiang “is by no means about human rights, religion or ethnicity, but about combating violent terrorism and separatism”.

The news about Francis ditching plans to meet Pompeo came amid conflicting reports on the current status of the aforementioned agreement. The Telegraph reported yesterday that the accord is expected to be renewed, while Independent Catholic News cited a Reuters report claiming that it had already been extended.

Whatever the case, Chinese Foreign Ministry spokesperson Wang Wenbin shared regarding the agreement that there is “good communication” between China and the Vatican, adding that Catholicism in China has seen “sound development” recently.