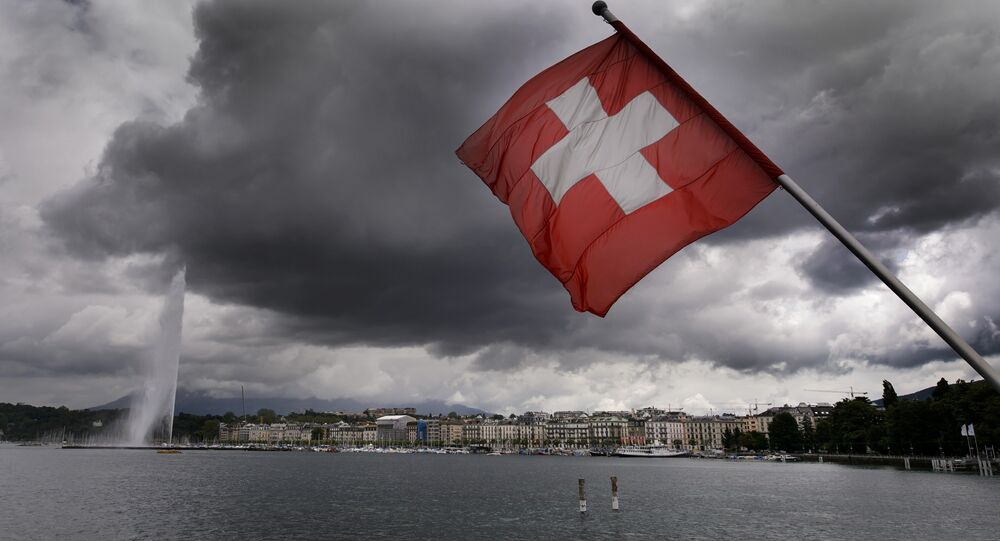 After narrowly winning a February 2014 Swiss referendum seeking immigration quotas to limit free movement from EU countries, the Swiss People’s party witnessed their demands being eventually watered down amid Bern’s lengthy talks with Brussels; the party has condemned the compromise which was struck with the EU as a “betrayal”.

Switzerland will vote in a referendum on 27 September that is set to decide whether it will end its agreement with the EU on the free movement of people, reported The Guardian.

The vote was called by the largest party in the Swiss parliament, the right-wing, anti-immigration Swiss People’s party (SVP), which has long argued that Switzerland should be able to cap the number of foreigners arriving to work in the country.

However, the results of recent polls are not promising for the SVP, as they show that 63 percent of respondents oppose the party’s proposal.

Experts suggest that the result is indicative of the voters’ desire for stability amid the coronavirus pandemic and related economic hardships.

Approximately a quarter of Switzerland’s population of 8.6 million is comprised of non-nationals, with experts forecasting that foreign arrivals during the next 30 years will bring the overall population to about 10 million.

Citizens of the EU plus Iceland, Norway and Liechtenstein constituted 68 per cent of Switzerland’s 2.1 million resident foreigners in 2019, with the largest communities reportedly from Italy, Germany and Portugal.

The Swiss People’s party has long argued that migrants “change” the country’s culture.

“Public squares, trains and streets become less safe. In addition, practically half of all welfare recipients are foreigners,” says the referendum campaign website.

According to SVP, the arrival of more and more young foreigners will result in soaring unemployment among older Swiss. Furthermore, they predict increasing housing costs, while schools, transport and public services might be “overwhelmed” with new arrivals.

“We must retrieve the portion of sovereignty involving controlling immigration,” Vincent Schaller, an SVP member of the Geneva municipal parliament, was cited by AFP as saying.

Those who oppose the proposed measures to restrict foreign arrivals from the EU claim that ripping up the free movement deal with the bloc would not only deny the country badly-needed skilled workers, but most importantly, a “guillotine” clause would jeopardise a network of over 120 bilateral treaties that non-EU state Switzerland enjoys with Brussels.

The government has already warned that the clause would freeze the entire package of agreements, such as those on free trade, data exchange, agriculture, research, police cooperation, civil aviation, road transport, tourism, education and pensions.

Back in 2014, the SVP had already made an attempt to limit free movement, narrowly winning a 2014 referendum demanding immigration quotas.

That initiative was subsequently compromised on with Brussels after two years of negotiations, promoting a degree of local preference in specific economic sectors but stopping short of imposing fixed limits on foreign arrivals from the bloc.

Ever since the 2014 referendum, Brussels has been categorical that any rejection of the principle by Switzerland would result in the country being excluded from the single market.