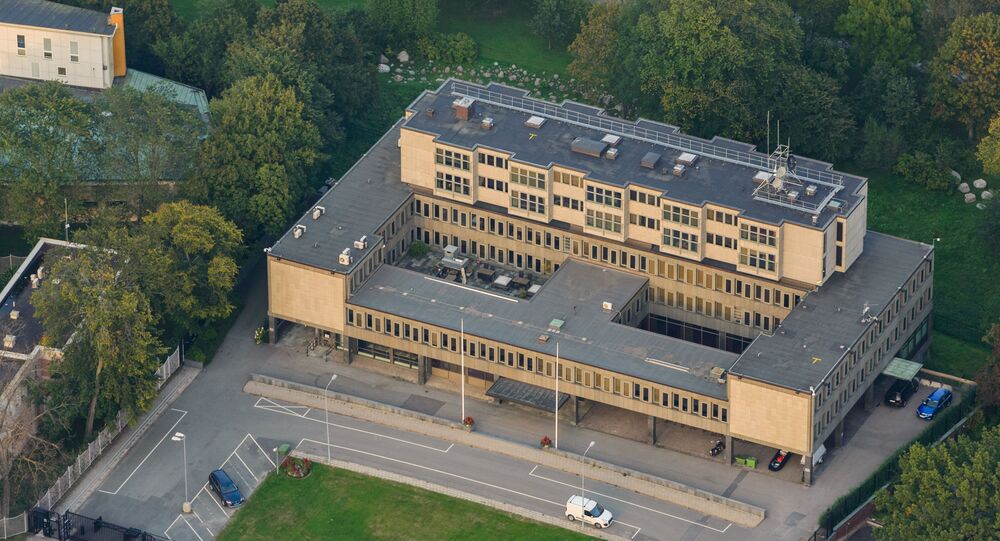 The British Embassy in Sweden, located in the capital's Diplomatstaden neighbourhood, was reportedly surrounded by police patrols on Thursday after a suspicious parcel was found on the site.

Swedish police are investigating a "suspicious object" found outside the British embassy in Stockholm, Aftonbladet reported. The object, later identified as a "letter with powder" has reportedly been investigated by the bomb squad.

According to the Stockholm Police spokesperson, Helena Boström Thomas, several patrols were outside the Östermalm area as the bomb squad was examining the suspicious article.

Aftonbladet reported that the letter could have been sent to the embassy, without providing further details.

Police are said to have been called about the parcel at around 12:00 local time (10:00 GMT). Two hours later, the object was still in the embassy area and the bomb protection squad had withdrawn, according to the report.

Another police spokesperson, Towe Hägg, said it was not clear how exactly the object was examined by the squad but confirmed that the police officers will now investigate the parcel and its origins in cooperation with the rescue service.

The embassy staff were not evacuated from the premises, the report added.

It was revealed by 15:45 local time (13:45 GMT) that the object was deemed "harmless" and the police units have left the area.