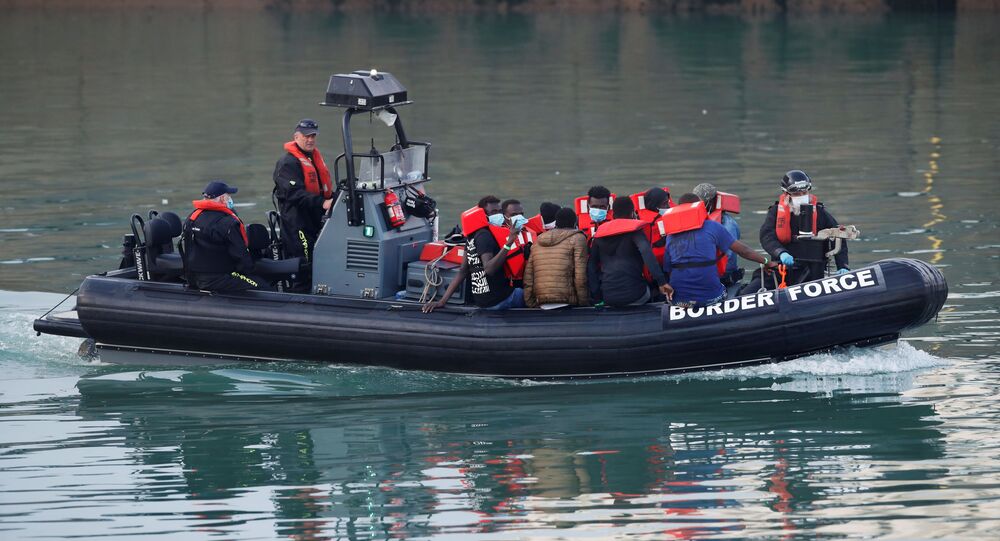 EU Commissioner Ylva Johansson said the body's view of those trafficked across the Mediterranean had changed from refugees to illegal immigrants, She said two-thirds of arrivals were expected to have their asylum claims rejected and be deported.

The European Union's powerful Commission plans to drop refugee quotas that have divided the 27-member bloc and pay countries to host migrants.

But Charity Oxfam said the EU Commission proposals announced on Wednesday were a sop to the Czech Republic, Hungary and Poland, who have opposed the quota policy.

European Commissioner for home affairs Ylva Johansson said the situation had changed from 2015 when the quota system was adopted, and indicated a change from the rose-tinted view of illegal immigrants from Africa and the Middle East.

“We need to deal with the real situation and not deal with the situation that people have in their heads,” she said. “Most are not refugees: two-thirds of irregular arrivals will have a negative decision.”

Johansson, the Swedish representative on the commission, said 491,200 asylum-seekers were marked for deportation but only 29 per cent had been sent back to their home countries. “100% returns is maybe not doable” she said, but there was “significant room for improvement here.”

© AP Photo / Rene' Rossignaud
Austrian Chancellor Says EU's Policy of Migrant Distribution Among Member States Failed
The plans also include payments to host nations of €10,000 (£9,160) for each adult refugee they take in, although the Organisation for Economic Cooperation and Development (OECD) said in 2017 that the true cost of hospitality could be much higher.

Oxfam accused the commission of appeasing Eastern European states. “The commission has bowed to pressure from EU governments whose only objective is to decrease the number of people granted protection in Europe,” said EU office chief Marissa Ryan.

The proposals would also leave Greece, Italy and Spain to continue bearing the brunt of hosting migrants trafficked from north Africa and Turkey.

Nations who do not wish to accept migrants could instead pay to fund reception centres in the hard-hit Mediterranean countries. “Everybody has to do their share of the solidarity,” Johansson said.

They can also cough up for for “return sponsorship” to migrants' countries of origin, she said, adding that Sweden had “invested a lot in Morocco and Afghanistan” to encourage them to take back failed asylum-seekers.

© AP Photo / Renata Brito
UK Gov't to Begin Weekly Flights of 1,000 Migrants Back to European Mainland, Report Says
In April this year the European Court of Justice ruled that the Czech Republic, Hungary and Poland broke EU law when they refused to accept the refugee quotas set by Brussels. Prague took in only 12 migrnats while Budapest and Warsaw accepted none.

Earlier this month Dutch Prime Minister Mark Rutte asked his country's parliament: "Can you found an EU without Hungary and Poland?" Rutte was speaking in a debate on making member state's access to the EU's €750 billion coronavirus recovery fund dependent on toeing the Brussels line on democratic governance and the rule of law.

Poland's conservative government has been criticised by western European governments in recent years for legislation allowing the government to appoint judges - as in the USA.

Tensions over migrants also flared with former EU member the UK this summer, as sometimes hundreds of people a day were trafficked across the English Channel from camps in northern France.

Lesbos in Dire Straits as Germany Plans to Take in 1,500 Migrants From Island's Refugee Camp - Video

Video From Greek Island of Lesbos, Where Police Are Attempting to Clear Streets of Migrants