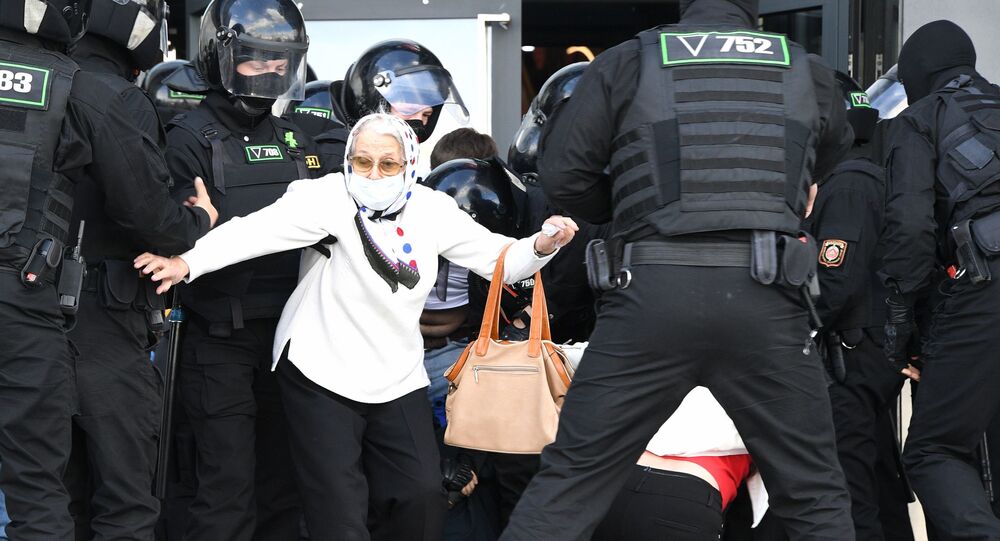 Over 10 Participants of Unauthorised Rally Detained in Minsk, Police Say

MINSK (Sputnik) - More than ten people were detained in Minsk for participating in an unauthorised rally, the city's police spokeswoman, Natalya Ganusevich, stated.

"There are detainees for participating in an unauthorized event", Ganusevich said.

She noted that the data on the exact number is being clarified, she estimated the number of detainees at "more than ten". She also confirmed the use of water cannons against the protesters.

Protesters have tried to attack law enforcement in the area around Nemiga Street in the centre of Minsk, with riot police using batons, a Sputnik correspondent reports. As a result of the violence, police have detained five protesters so far, reports say.

On 9 August, incumbent President Alexander Lukashenko won 80.1 percent of the vote and won the presidential elections in Belarus for the sixth time. The country’s opposition has rejected the election as rigged and said that opposition leader Svetlana Tikhanovskaya won the vote.

The election was followed by protests across Belarus and in the first several days, law enforcement dispersed them, including by using force. More than 6,700 people were detained in the first days of protests and three protesters died in the unrest.