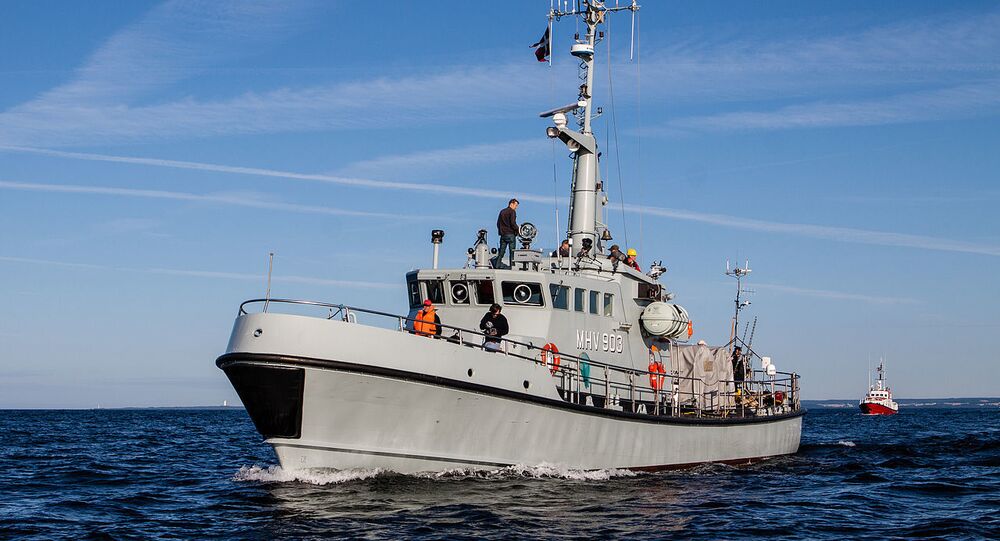 A strait between the Danish island of Zealand and Sweden, connecting the Kattegat with the Baltic has become a place of a ship collision incident.

The Danish Army reported that a civilian vessel called Ice Rose and a Russian frigate had collided in the Oresund Strait (Sound), between Denmark and Sweden.

There has been no pollution at all, and no one on board the boats has been evacuated, Lisbeth Jorgensen, duty officer at the Danish Armed Forces' operations centre, said.

​The civilian vessel is reportedly a container ship, and there hasn't been an oil leak at the site, SVT reported.

© REUTERS / Loren Elliott
WATCH Oil Tanker Collision Leaks TOXIC Chemicals Into Houston Ship Channel
The cause of the collision was reportedly foggy weather in the area. Conflicting reports suggest that both ships were in motion when the Russian frigate collided with the Danish container ship. The Russian Baltic Fleet said the incident occurred in low visibility and the Russian corvette had damaged its hull above the waterline and was returning to its base.

Since the accident happened on the Danish side of the strait, Denmark is leading the investigation. The country has also reportedly asked for Sweden to help and the sea rescue has sent a couple of units and the coast guard to the site.

The Ice Rose is being watched to ensure that it can stay afloat safely. According to seafaring monitoring data, the Ice Rose was on its way from St. Petersburg to Gothenburg.