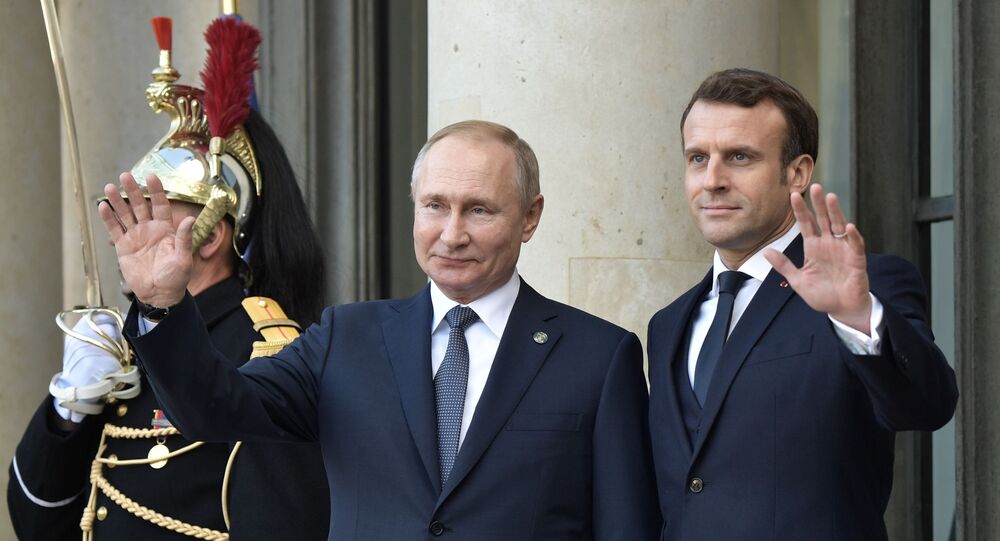 Le Monde had reported that the Russian President told his French counterpart that Russian opposition figure Alexei Navalny may have poisoned himself.

"The topic of the Berlin patient was in fact discussed during recent talks between President Putin and President Macron. And we reported about it. At the same time, the newspaper is completely inaccurate in conveying their statements. And, to be fair, it could not have been accurate," Kremlin spokesman Dmitry Peskov stated on Wednesday.

He also noted, that if the newspaper had reported statements precisely, it would have meant that the French authorities had given the record to the media, which, according to him, can't be true.

Peskov also noted that the Novichok agent can be produced by many countries now, so it could be impossible to trace its origin.

"It is absolutely unacceptable that chemical weapons or some of its elements be present in Russia, Europe, or elsewhere because we have been committed to all obligations under the Chemical Weapons Convention", the official told reporters.

The Navalny Case and Its Consequences

Russian opposition figure and head of the Anti-Corruption Foundation Alexei Navalny fell gravely ill during a flight from the city of Tomsk on 20 August.

The plane made an emergency landing in Omsk, where he was initially treated, and after two days, once doctors established he was fit for transportation, he was flown to the Berlin-based Charite hospital, as his family requested.

German doctors claimed Navalny's samples contained traces of a nerve agent from the Novichok group. However, Berlin provided Moscow with zero evidence, saying it is classified, and refused to establish a joint commission, or assist a probe launched by Russian law enforcement.

Russia also issued requests to France and in Sweden, where, according to Berlin, military labs confirmed that Navalny was poisoned. Paris said the French authorities have received the evidence and it is being reviewed.

Moscow has commented on the case, saying that Russia has not produced any Novichok group substances since the OPCW verified the destruction of its chemical weapons stockpile in the early 1990s.