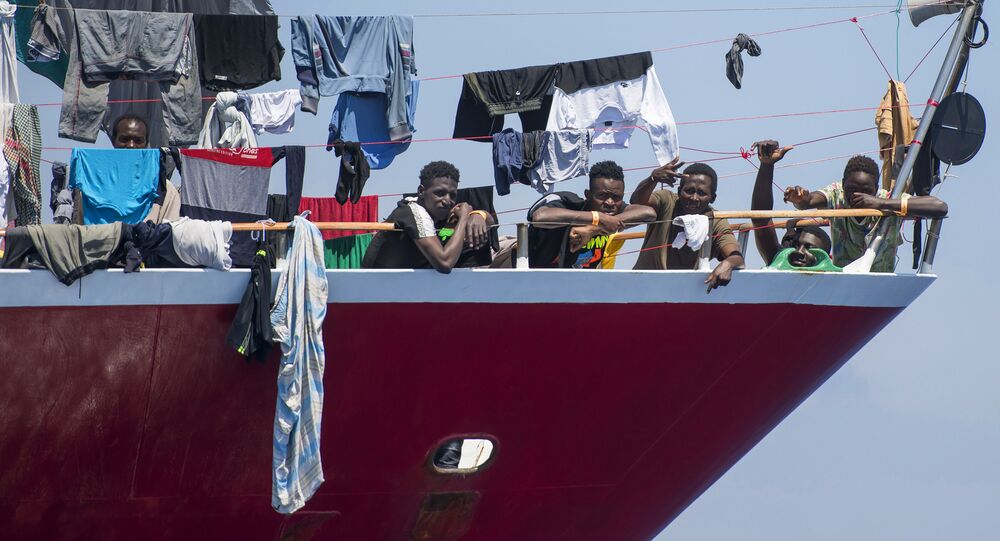 MOSCOW (Sputnik) - Austrian Chancellor Sebastian Kurz said in an interview with the AFP news agency that the European Union's program of distributing migrants among member states had failed.

"We find that the distribution in Europe [of asylum seekers] has failed and many states reject this. It won't work like this", Kurz said, opposing any attempts to force countries to accept migrants.

According to the chancellor, it is necessary to improve the protection of the bloc's external borders and join efforts to fight migrant smuggling.

The politician also recalled that Austria had already accommodated more than 200,000 migrants, noting that they need to integrate first before the country can accept new ones.

© REUTERS / Elias Marcou
Refugees and migrants who were sheltered near the destroyed Moria camp, carry their belongings as they prepare to move to a new temporary camp, on the island of Lesbos, Greece, September 18, 2020

With the situation having deteriorated due to the coronavirus pandemic and the recent blaze in Greece's largest Moria refugee camp, European Commission President Ursula von der Leyen is set to unveil the long-awaited pact on migration and asylum on Wednesday.

The new document will make a clear distinction between those who have the right to stay in Europe and those who have not, as well as include measures to fight smugglers, strengthen external borders and create legal pathways.

In response to the 2015 migration crisis, the EU has introduced mandatory quotas on migrant redistribution to help Greece and Italy cope with the mass influx of refugees. However, some countries, including Hungary, the Czech Republic and Poland, refused to comply with the new policy.