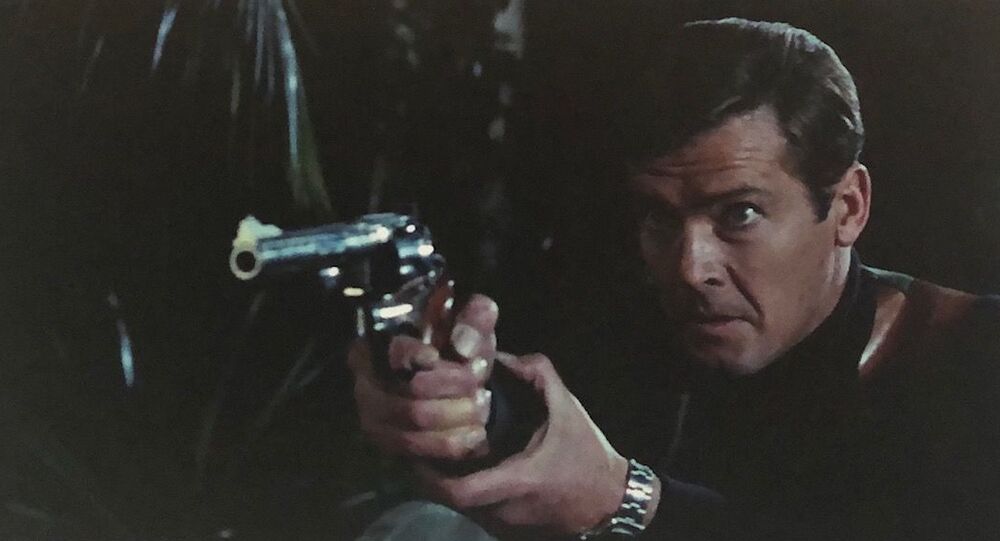 London’s Metropolitan Police Service filed a new appeal on Monday requesting witnesses for its ongoing probe into a north London burglary which included the theft of five guns previously used in the James Bond film franchise.

"We now have images of a vehicle that was parked near to the scene of the crime and appears to be carrying out reconnaissance in the area,” Detective Inspector Paul Ridley of North Area Criminal Investigation Department said, as quoted by the Metropolitan Police’s Monday news release.

At first glance, the video, recorded around 8:00 p.m. local time on March 23, appears to show nothing, but the point of focus appears to be the silver Vauxhall Minerva parked with its headlights on in the right-hand background.

"In scenes reminiscent of a James Bond movie you can even see the flash of a camera from the occupant engaged in the surveillance. I believe these individuals were involved in the crime, it was only a matter of minutes prior to the raid,” he pointed out.

"The firearms which were stolen are very distinctive and will almost certainly be recognized by the public and anyone who is offered them for sale,” Ridley noted.

"The owner of these unique items is devastated, particularly in terms of the sentimental value - they were due to be showcased on display as part of a national exhibition.”

All five of the weapons have been deactivated, according to the release.

The current suspects are said to be “three white men with eastern European accents.” Authorities noted that they were all wearing face coverings and dark clothing at the time of the burglary.

Six months after the incident, only one weapon, the Llama pistol used in “Die Another Day,” has been returned. The deactivated weapon was located ”by a member of the public in a field near to Roydon Railway Station in Essex in April,” authorities said.

"I would urge any members of the public that may have witnessed the suspects arriving and leaving, know where the firearms are now, or may have been offered these stolen items for sale, to come forward to my investigation team as a priority,” Ridley concluded in the release, which includes additional images of the stolen guns