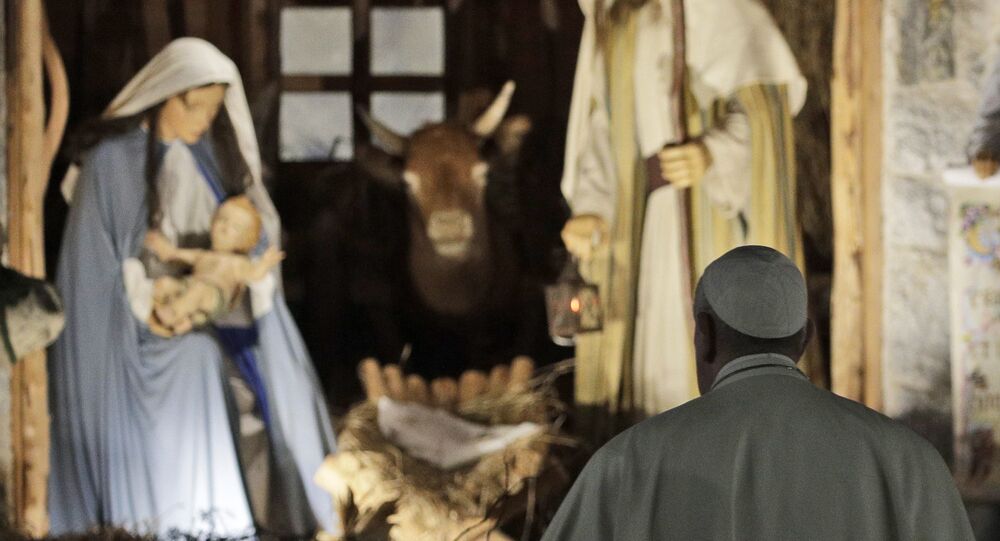 The Italian mafia, which has a long history of connections to the Catholic Church, has been accused of "hijacking" the image of the Virgin Mary, or Madonna, to create a facade of moral and decent people.

Pope Francis has expressed support for the initiative proposed by the Vatican's Pontifical Marian Academy think tank that seeks to "liberate" the Virgin Mary from the influence of Italian criminal groups.

In a letter to the academy's president, Father Stefano Cecchin, the Pope called for freeing Madonna from "superstructures, powers or conditioning that does not correspond to the Gospel criteria of justice, liberty, honesty, and solidarity".

"[Madonna] must be preserved in its original purity", the Pope said, echoeing Fr Cecchin, who said that the Catholic Church must safeguard the religious and cultural heritage "in its original piety".

Mafia groups, including the infamous Ndrangheta, have used their connection to Catholicism to "teach the people that God is with them", Fr Cecchin told Vatican News. He said that Catholic devotions have been "incorporated into mafia rituals", giving the example of the statues and images of the Virgin Mary that are placed at mafia bosses' houses and mob members being required to bow in front of them.

He added that the mafia's abuse of religious devotion is not a religious thing itself, but a superstition, which eventually leads them to be slaves, not free people.

Back in 2017, when paying homage to Father Giuseppe Puglisi, murdered by the Sicilian mafia, he told mobster they cannot "believe in God and be Mafiosi". He also said that Sicily needed people "of love", not "of honour", referring to the code the mafia describe themselves as having.