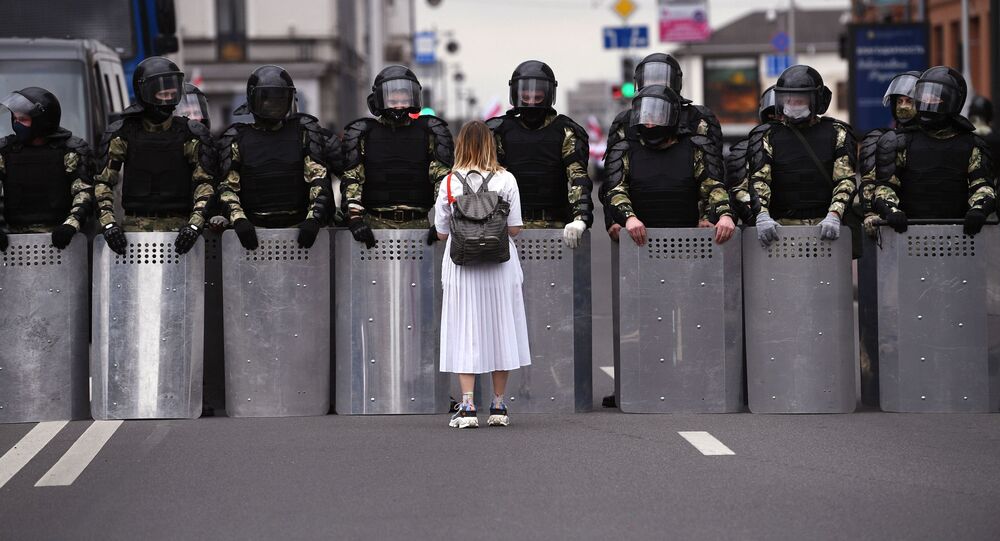 MINSK (Sputnik) - The European Parliament is trying to split up the Belarusian society, destabilise the political and economic situation, the presidium of the upper chamber of the Belarusian parliament said Friday in response to the recent resolution.

"Instead of looking into the problems in their own countries, the economic losses, increase in unemployment, the second wave of the COVID-19, which is killing many people, thousands-strong protests, which are harshly quelled by the law enforcement, the European lawmakers are trying to split the Belarusian society, destabilize the political and economic situation in Belarus," the statement read.

The Belarusian lawmakers added that the people of Belarus would handle the situation on their own.

EU lawmakers earlier this week backed a resolution which recognised the coordination council of the Belarusian opposition as a temporary representative of the people and supported holding a new presidential election.

The resolution is "open interference in the internal affairs of the country," the presidium said in a statement, as quoted by the Belta news agency.