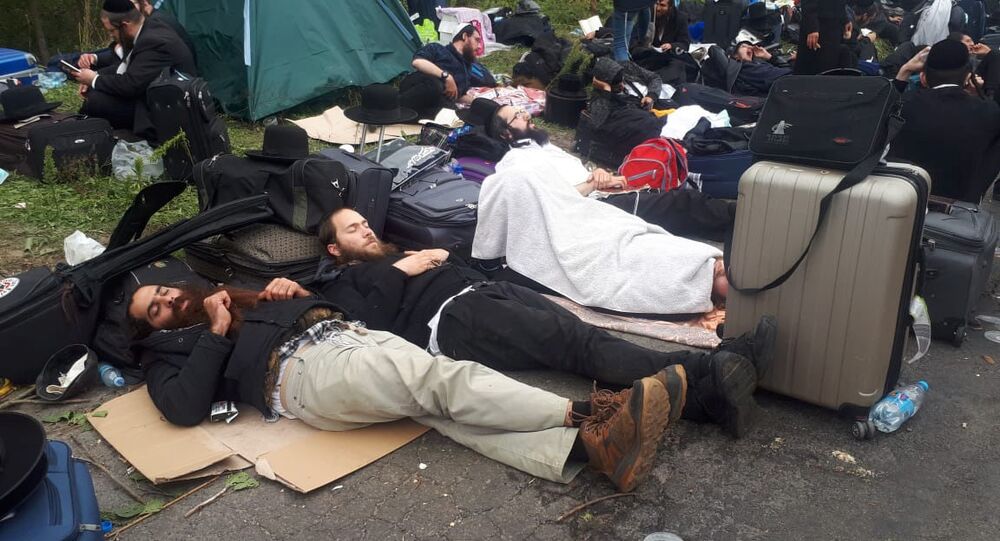 MINSK(Sputnik) - A group of 570 Hasidic pilgrims is leaving the Belarusian-Ukrainian border unable to travel to the Ukrainian city of Uman to celebrate the Jewish New Year, a spokesman for the Gomel Border Group said on Friday.

"Five hundred seventy Hasidim are leaving the border, now they are passing [Belarusian] passport control and getting on buses in an orderly manner. They are going back to Belarus," Aleksei Dyubenkov said.

Among the pilgrims are citizens of Israel, the United States, as well as the United Kingdom and other European countries.

On Thursday, Zeev Elkin, the Israeli minister of higher education and water resources and the head of a ministerial group on stranded Hasidic Jews who were waiting for an opportunity to enter Ukraine’s Uman for the annual pilgrimage, said the pilgrims may need to return home since it was unlikely that the coronavirus-related border closures would be lifted any time soon.

The Ukrainian Interior Ministry, in turn, also recommended that the pilgrims, who have been trying for several days to get to the country from Belarus, purchase return tickets, as the ban would remain in force.