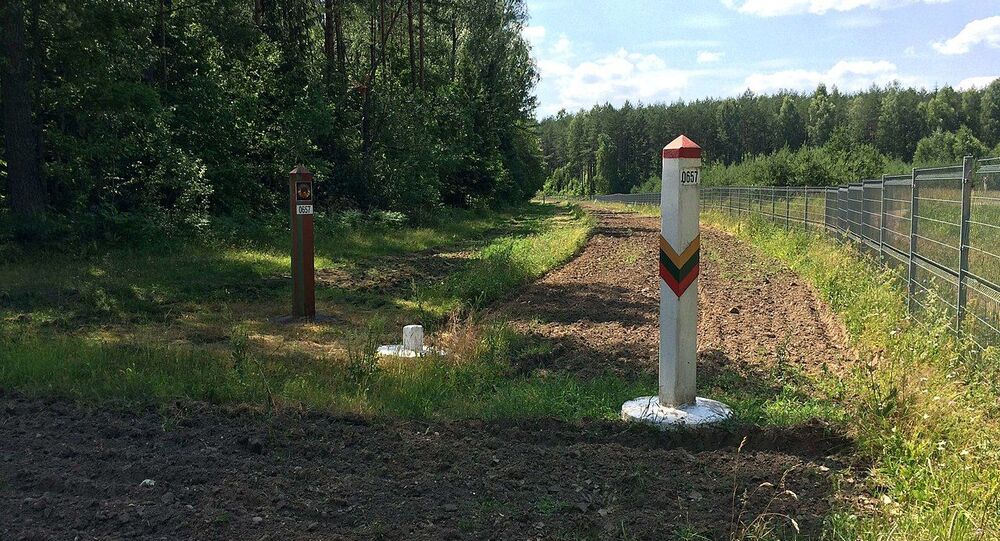 MOSCOW (Sputnik) - Belarusian President Alexander Lukashenko's statement on the closure of the country's borders with Lithuania and Poland implies that they were shut down due to illegal activities and from the threat of territorial encroachment, a source in a Belarusian state organ familiar with the situation said on Friday.

"This means that the border is closed to illegal activities and encroachments on territorial integrity. For law-abiding citizens, nothing changes when crossing the border," the source said.

The Belarusian State Border Committee's spokesman, Anton Bychkovsky, has told Sputnik that security along the country's borders has been beefed up.

On Thursday, Lukashenko said that the country's army was "forced" to close the border with Poland and Lithuania and to strengthen border security with Ukraine.

Earlier, Lukashenko said that protest activity in Belarus is being coordinated from abroad. He accused Western countries of direct interference in the situation in the republic, noting that the demonstrations are directed by the United States, and that the Europeans "play along" with them. Among the countries from which the protests are coordinated, the head of state named Poland, the Czech Republic, Lithuania and Ukraine.

In late August, Belarusian President Alexander Lukashenko instructed the military command to take "the most stringent measures" to protect the country's territorial integrity in light of massive anti-government protests. At the time, he said that his move to put the army on combat alert and deploy troops along the country’s western borders was his biggest decision in 25 years.

The Belarusian President lamented the fact that instead of dealing with pressing economic issues, he now has to handle the country’s security situation.

“What worries me most is the fact that an external factor has been added to this internal situation in Belarus. We see a serious movement of NATO troops in the immediate vicinity of our borders,” Lukashenko said in August, referring to “the territory of Poland and Lithuania”.

Belarus has faced anti-government protests since early August. While the official results of the presidential election showed that Lukashenko had won over 80 percent of the vote. Opposition supporters took to the streets to protest against the election which they described as rigged.