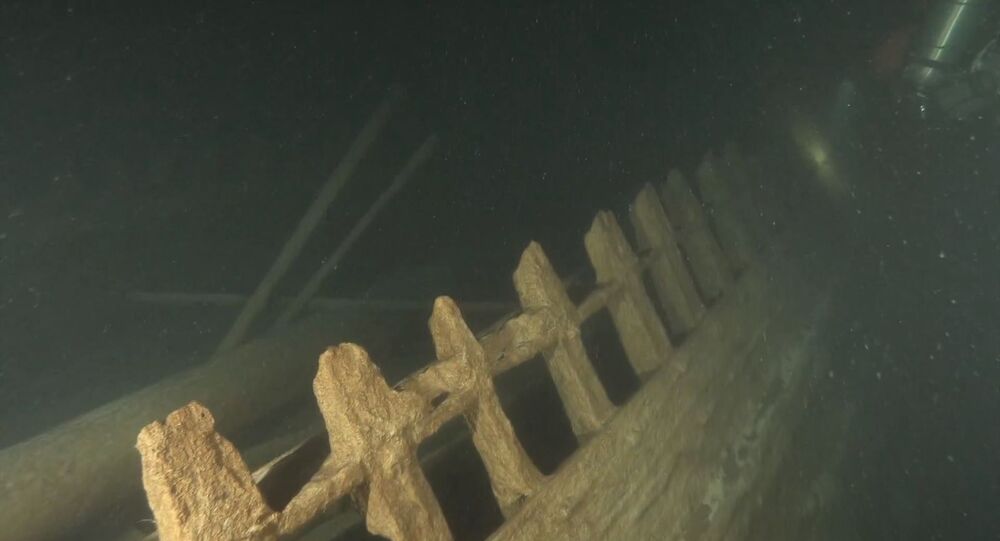 Fluits were pioneering ships that sacrificed everything for maximum cargo capacity. Due to their advanced rigging systems, manned by small crews, they became extremely profitable to navigate, and dominated maritime trade for over a century.

Volunteer divers from the Finnish nonprofit team Badewanne have discovered what appears to be a 17th-century Dutch merchant vessel in the Gulf of Finland, the easternmost waters of the Baltic Sea.

The shipwreck is in surprisingly good condition. Resting a a depth of about 85 metres, the ship is almost completely intact, bar some minor damage sustained from pelagic trawling with fishing nets.

The vessel, a near-perfect example of a three-mast “fluit”, a Dutch cargo ship that dominated maritime trade due to its innovative structure, is a rare find for the team, whose speciality is wrecked 20th-century relics sunk during the naval battles of World War I and WWII.

According to the divers, the vessel has been preserved in such good condition thanks to the properties of the water near the mouth of the Gulf of Finland – a combination of low salinity, low temperature and low light that allows wooden wreckage to survive for hundreds of years. By contrast, in warmer waters, the wreck would have been destroyed by wood-eating organisms.

The reason the vessel sank remains unknown and cause for further investigation. However, the ship's holds are full with provisions and wares.

Fluits, or fluyts, were widespread starting from the 16th century due to their novel construction that in effect sacrificed everything in order to maximise cargo capacity. The lack of arms, coupled with advanced rigging systems operated by a relatively small crew allowed fluits to carry twice the cargo of rival vessels, which in turn made them an extremely profitable ship to operate. However, few of the once-popular fluits survive to this day, which makes the find all the more important.

According to maritime archaeologist Niklas Eriksson from the University of Stockholm in Sweden, the wreck shares many characteristics with the fluit, such as a narrow deck and a plump hull, but also has some unique features, not least the construction of the stern, which he attributed to an early example of the design.

“The wreck thus offers a unique opportunity to investigate the development of a ship type that sailed all over the world and became the tool that laid the foundation for early modern globalisation,” Eriksson said.

Since the Middle Ages, the Baltic Sea has become an increasingly important trade route, linking Holland and England with suppliers of wood, tar and hemp for their navies. Over the course of the 17th century, the entrepreneurial Dutch Republic gradually wrested control of the sea trade from the Hanseatic league. Maritime trade in the region received another shot in the arm in the early 18th century, when Russian tsar Peter the Great founded Saint Petersburg at the estuary of the Neva river; the city became a key hub for the entire region.