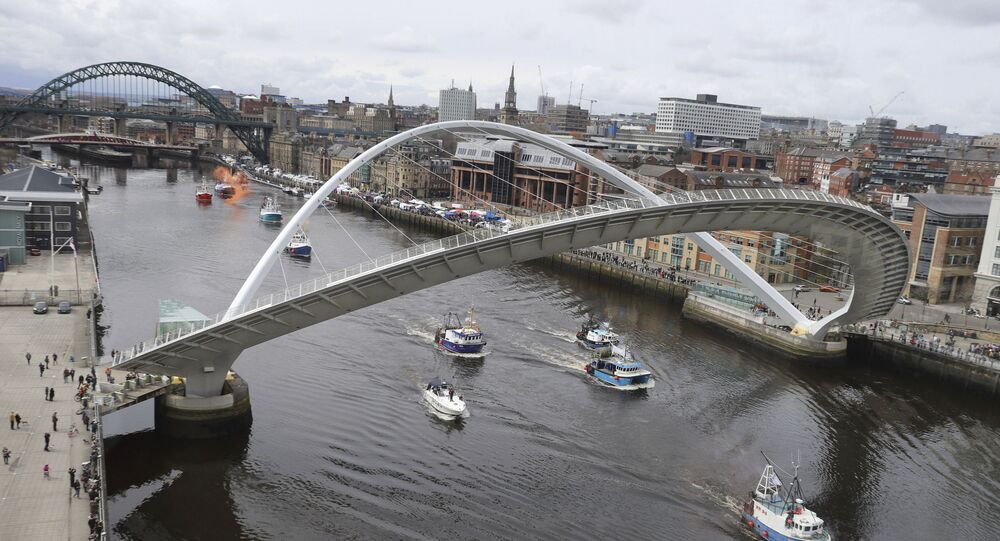 Earlier today, the UK House of Commons passed the controversial Internal Market Bill during the second reading in a 340-263 vote. The proposed legislation would override part of the Brexit Withdrawal Agreement with the EU.

The European Union cannot deal with the United Kingdom if it passes the Internal Market Bill that would breach international law, Reuters reported, citing diplomatic sources.

According to the sources, EU-UK disagreements on fisheries, governance, and animal checks are all solvable on a technical level if there is a political green light.

© REUTERS / POOL
Brexit: ‘The World Doesn’t Take Boris Johnson Seriously’, Commentator Says
The controversial Internal Market Bill was passed today in the UK House of Commons during the second reading, sending shockwaves through the Brexit negotiation process. In particular, the new bill seeks to override parts of the Northern Ireland protocol that was introduced into the Brexit deal. The proposed customs checks on goods entering Northern Ireland from the rest of the United Kingdom, a principal demand from the EU, have been a major sticking point in the negotiations.

Many Tories have expressed their concern over the potential harm unilaterally overriding an international treaty could have on the UK's reputation. However, Prime Minister Boris Johnson is standing his ground, saying that the bill must be passed to prevent the EU from dividing the UK once Brexit has been fully delivered.

According to Johnson, Brussels is threatening to "carve tariff borders across our own country, divide our own land, change the very economic geography of the UK".

On 10 September, European Commission Vice President Maros Sefcovic called on the UK government to roll back the bill, as "it would constitute an extremely serious violation of the Withdrawal Agreement and of international law".

The UK left the European Union in January, triggering a transition period that is scheduled to expire at the end of the year. Negotiations between London and Brussels on several key issues, the most notable of which is a wide-ranging free trade deal, have been slow, and the UK government’s desire to alter the Withdrawal Agreement is likely to increase tensions at the negotiating table.